Tef Poe: The Democratic Party Is Failing Us 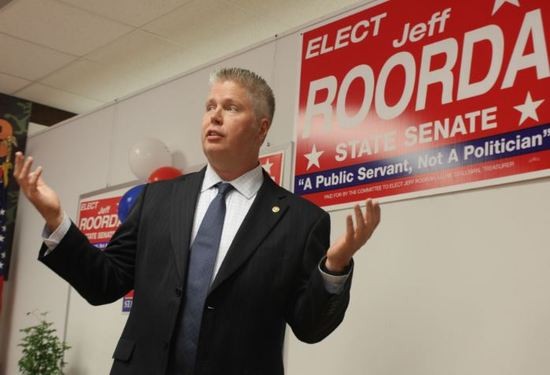 It is a crime and a sin to blind ourselves to the atrocities of racial profiling. As a young black man I am, sadly, embarrassed to say I am from Missouri. In the year 2014 our state has worked adamantly to uphold its reputation as the Mississippi of the Midwest. Vonderrit Myers Jr. was shot down like a dog. Michael Brown was shot down like a dog. Kimberlee Randle-King was found dead in her Pagedale jail cell. The dehumanization of black men and women in this state has gone completely rogue.

I place the blame on the Democratic Party.

See also: Hip-Hop Is Failing Us

Senator Claire McCaskill and Governor Jay Nixon are conservative-styled Democrats who refuse to truthfully touch the subject of race because white privilege and classism have made it possible for them both to ignore Missouri's ugliest perils. State Rep. Jeff Roorda (D-Barnhart) claims to be a friend of minorities in the labor movement, but he does not sympathize with us on the subject of police brutality. Congressman Lacy Clay is a black man, and even he voted for an extension of the militarized-weapons program. We are being thrown to the wolves and left for dead.

St. Louis Mayor Francis Slay has tossed us into the lake of fire as he blindly chooses to not address the topic. Every attempt to have our voices heard by the people who control our lives with their irresponsible legislative choices has been muted by the state. The president is black, but Eric Garner is dead. The president is black, but my sisters from Millennial Activists United were still rounded up like cattle and thrown into jail for absolutely nothing.

Al Sharpton and Jesse Jackson will not save us. Anyone actually tied into and in support of these tyrannical men and women will not save us. The Democratic Party has now become the party supported by closet racists and country-styled, old-fashioned conservatives.

They have convinced poor, underprivileged white people to buy into the assumption that they have their best interests in mind as well. They have fooled gay-rights activists into believing that they are champions of equality. They have sucker punched our Hispanic and Latino brothers and sisters right in the mouth. Barack Obama supports the deportation of brown people. In its refusal to act, the Democratic Party supports the ideology of destroying brown families by ripping them apart person by person. It supports black and brown racial profiling because it will not abolish it.

This is not the party of progressives that it claims to be. Clearly, it supports the people of St. Louis being shot and tear-gassed by the police. In 2014 the Democrats have mastered the art of not even trying. It's time for poor people to denounce our membership to this party. It's time for black people to denounce our membership as well. To all forms of oppressed people in the United States, I say to you now is the time to turn our backs on this party the same way it has turned its back on us.

As we move forward into an America where brown faces will dominate the population, it is time to empower ourselves for the long haul. This means we must change the two-party system and no longer allow the Democrats to write us off as a shoo-in vote. We must remind ourselves that this is the same party that did not stand with Lincoln when he partially emancipated the slaves. This is the same party that throws rocks at George Bush for his war record yet actively engages in the murder spree of Arab people every day.

As the situation now stands, there is no real option for political inclusion of all people in America. We have the opportunity to design one, but the Democratic Party is not it. We have buried ourselves alive by continually supporting the lesser of two evils. Read more Tef Poe columns here.