Busdriver Keeps Pushing Boundaries More Than Anyone in Hip-Hop 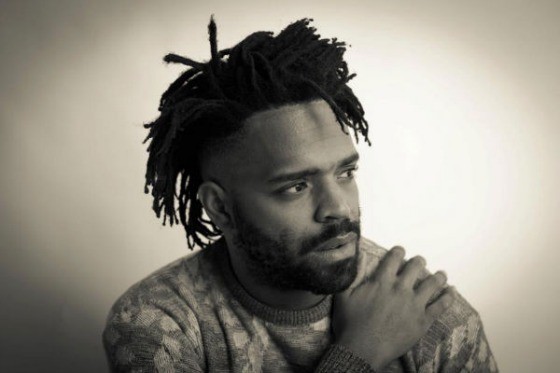 For more than a decade, Los Angeles rapper Busdriver has been one of rap's most challenging and electrifying voices.

A product of avant-garde circles, he continues to push the genre's stylistic envelope while staying true to hip-hop traditions. And he's got substance, tackling everything from race to class divisions with the same grace as his oft-melodic, staccato flows.

His latest album, Perfect Hair, dropped September 9 on Big Dada/Ninja Tune, and it features Danny Brown, Aesop Rock and Open Mike Eagle. We spoke to Busdriver ahead of his stop in St. Louis this Wednesday, October 29, at the Demo.

Chaz Kangas: You started rapping at age nine, is that right?

Busdriver: I remember at nine beginning to get really serious about rap. I don't remember the raps, and I'm glad I don't because they would make me feel sad.

Why would they make you feel sad?

Because I bet they're really bad and that I was torturing people with them.

Where did your rap name "Busdriver" come from?

When I was twelve or thirteen, me and my friend rapped a lot on the bus. Our whole concept was based on riding the bus, and he just called me Busdriver, and it stuck. And so when I went to the Good Life for the first time when I was thirteen I was Busdriver, and it hasn't changed.

Your last album, 2012's Beaus$Eros, was influenced by your fiancee leaving you. Was there anything in your personal life that impacted Perfect Hair in a similar way?

Being broke. Just being broke and transitioning and playing a different role in [Los Angeles hip-hop collective] Hellfyre Club.

When it comes to collaborations, do you begin a song's creative process with someone in mind, or does that come later?

Well, a lot of collaborations have been born out of a need to just get a different perspective on a beat, or an outcome of a concept. Sometime you need someone else to chime in. What I'm really grateful for is rap dudes I can call upon who are around my age and have experienced rap in an unbiased way for the past fifteen years.

People were very surprised to see Danny Brown on my song, which is a surprise as he's a very well-known rapper, but me and Danny Brown came to prominence around the same years, and I was always aware of him. He noticed that when I reached out to do the song. I was pleasantly surprised. There's really no money in music, so you're kind of dependent on that secret history.

Perfect Hair begins with "Retirement Ode," which has tongue-in-cheek mentions of how much the album cost to make. How different is putting this record out compared to your 2005 album Fear of a Black Tangent?

Night and day. For me, personally, Fear of a Black Tangent and the whole campaign was like a gift laid at my feet. The level of economy I was working with, people would gravitate to it. You would put out a record and it would sell.

But now it's just this craven futuristic afterscape. You have to compete with the biggest entertainers in the world. It's great, it's fantastic, I really like music right now, but it's night and day.

I think that's why I started the record with "Retirement Ode," because it takes a lot to indulge in a creative endeavor in America, especially music, because people look at it as a frivolity. Not so much an art that composes our world or a culture of who we are, like in Europe where they fund it and treat it like a mechanism of society. Here it's something we just do. But, I love it right now.

When you think about music, and how it makes people think, and how it makes people think about people, it's an incredible catalyst. That's the reason I do what I do, especially in black music. To be completely honest, there's only four different kinds of black people, and I'm probably one of them, but being honest and being expansive and not being hindered by lines you have to unwrap is a good risk to take.

That's why I take it. It's a stupid thing because I don't feel better about it. It's something to listen to, but everyone does that. I'm not special in that way.

On your song "Bliss Point," you talk about how people personify or anthropomorphize hip-hop culture: "Where exactly is hip-hop going?/Did hip-hop have breakfast this morning?" Why do you think people feel the need to do this?

Race. That's it. Just race. It stems from that. But, it's the fire that makes music interesting. I was just riffing on the whole "hip-hop" argument. People worried about hip-hop. I don't talk about hip-hop like that as much because I don't see black expressionists just being that. Hip-hop to me is a cultural base for a bunch of other shit.

People doing electronic music in the United States have their roots in hip-hop or techno, it's a component of a larger spectrum. Hip-hop has so much to do with pop right now, you can't even divorce it. It's a big morphing blob and people in London, LA, New York. It's really messy right now. It's really messy and beautiful.