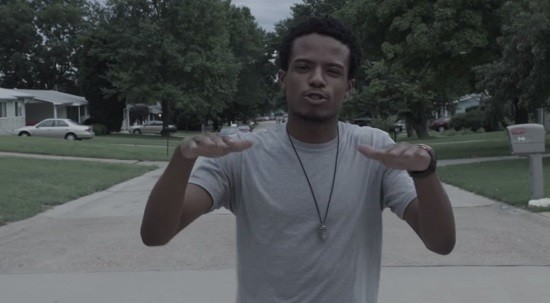 Hip-hop has the ability to respond to the 24-hour news cycle more quickly and more incisively than any other musical from, so it wasn't surprising that MCs both at home and abroad used music to register their feelings after Michael Brown's killing on August 9. It's a safe bet that Ferguson will be rich terrain for St. Louis hip-hop in the years to come, and we're already seeing the community respond in song.

Northside native Malcolm Chandler performs under the handle Con (and as part of the duo AtM with Amir Wakil), and the September 23 street date for Solstice Part 2 still gave Chandler enough time to include some songs about the past few months' unrest and mobilization. A passing reference to Darren Wilson in opening track "What to Say to a God" places the album in the here and now, but Chandler's vision is broader than current headlines.

"#OPFERGUSON WAVE2" features lyrics and beats that are more direct and forthright than elsewhere on the album. Con himself is a sharp lyricist who lays back in many of his own tracks: He seethes on his anger, and it only boils over a few times on the album. Elsewhere he's clear-eyed and realistic in his brand of optimism.

Con operates within Muhammad Austin's MME crew, a stable of young, progressive lyricists who favor syrupy soul grooves and stuttered beats as their sparse but evocative palette. Chopped-up soul breakdowns become the background to "Reefer-bish," Con's most fluid track, while an ever-apt Shuggie Otis groove gets tricky on "$0Fall." Austin (a.k.a., Mvstermind), whose 2013 release A.D.D. (Artistically Day Dreaming) was a standout, provides engineering help and guest vocals on a few songs, including atmospheric closing track "ChillTrill."

Other members from MME's deep bench drop in as well: Ciej (Charles Jackson) steps in on a few cuts in the album's middle, and his focus is largely on woman troubles, especially on the puerile "Train My Balls." He's better served on "Boy Wonder" with its slowed-down vocal hook and skronky saxophone refrain. Lyrique (Jermarco Britton) drops a soulful turn on "Run the Jewels" as an Isley Brothers-esque jam swirls in the background. Taken alongside the other offerings from the MME collective, Con shows that he can hold his own on Solstice Part 2 while using the best talents of his friends to create a trippy, psych-soul experience.