I have an issue with Wilco. It's a personal beef. My problem is this: Wilco is considered a Chicago band and the band members encourage this bullshit fallacy.

Wilco is from St. Louis, goddamnit.

Technically, Wilco is from Belleville, Illinois -- an odd little town just on the other side of the state line. Belleville does have its own unique history and weirdo arts culture, but it is our next door neighbor. For those not familiar with the regional geography, here's a little lesson: Belleville is about fifteen miles from St. Louis, but it is around 300 miles away from Chicago. So a Belleville band claiming allegiance to Chicago is about as ridiculous as a band from right outside Los Angeles repping Phoenix, Arizona.

You could say that I suffer from a common case of St. Louis Inferiority Complex, but I prefer to think of it as a flaming, incurable infection of civic pride. And Windy City, you should know one thing: Wilco has been cheating on you with us. Wilco concerts up north are all "Via Chicago" and talking up some magical silver bean, but when the band plays here it's all "Casino Queen" and "We used to play at Cicero's!" and then that hobbit guy sings about the Landing in "Heavy Metal Drummer" and we cheer because, OMG, we've been to the Landing, too.

Now, I think Wilco is pretty okay musically. I saw Nels Cline play with Yoko Ono a couple of times and I thought he was freakin' amazing when he was freed from the confines of dizzy alt-twangover tunes. Some might call Wilco lo-fi "dad rock" or whatever but I like dad rock. I like dads. And on occasion, dads have liked me. (Hey-o!) And I thought the sound diversity on Yankee Hotel Foxtrot, in particular, was interesting, but I was in college and on pills.

It's hard to know how to feel about the songs sometimes because the lyrics are part beautiful poetry, part nonsense. These two extremes are frequently squished together into the same song, too. For example, take "Ashes of American Flags." The line "All my lies are always wishes" is some deep intrapersonal shit, but the song begins by explaining the design and function of an ATM before it delivers us this: "I could spend three dollars / And sixty-three cents / On diet Coca Cola / And unlit cigarettes." What? Where? First of all, did you have coupons? Because you got a good deal, homeboy. Also, why would anybody ever buy cigarettes that had already been lit? Nonsense.

Wilco live shows are long. Long and frequently awkward. Sometimes everything is rolling smoothly and we audience members are all happily singing along to cutesy pop tunes about alcoholism like "Passenger Side" and then, oh then, comes "Misunderstood." The beginning of that song is so pretty and so sad, but halfway through you should excuse yourself to take that long-overdue potty break because Mr. Tweedy is about to scream "Nothing! Nothing! Nothing!" at you for the next twenty minutes. It's the worst part of any Wilco show. I think it's intended to be intense but it's just obnoxious. Dude just keeps on barking like an annoying neighbor dog while the stage lights flash dramatically -- I'm sure people have been murdered for less.

In any case, because Wilco dismisses my city, it's my instinct to dismiss Wilco. #TeamSonVolt.

Just the other day I read that Wilco is going to release a 77-song rarities box set. Snore. That's the kind of thing that hardcore fans can get into, but I read it and thought about how torturous it would be for me as a casual / reluctant fan to listen to that whole tedious thing. I mean, bloated box sets of demos and b-sides and half-finished songs are rarely worth it in general. Even the Beatles couldn't pull it off. Remember those crappy anthologies with the collage covers? I feel sleepy just thinking about them. 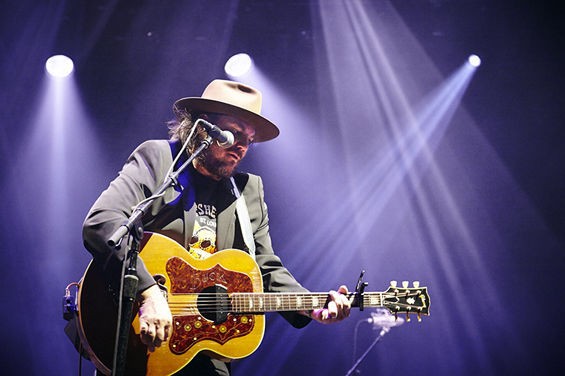 So here's a list of 77 mundane, slightly annoying and/or truly terrible situations and chores that I'd rather deal with than listen to than the upcoming Wilco rarities box set. There is only so much time in a day, you know? Have fun with that lake effect snow this winter, poser Chicagoans. And the sauce goes under the cheese. Learn it.