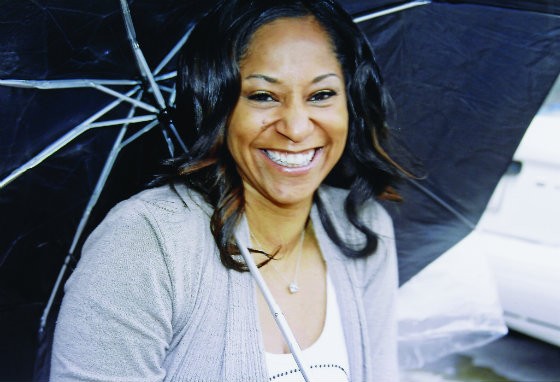 James Brown was, of course, the Godfather of Soul and the Hardest Working Man in Show Business. But all the work he did to grab those titles over decades seemed to come crashing down through much of the '80s and '90s.

That's when he derailed into years of drug and domestic abuse, erratic behavior, weapons charges, a carousel of women and questionable business deals. His name became more a punch line for comedians than a pillar for music writers, the low point being a crazy-looking mug shot and an actual stint in a South Carolina prison (remember the "Free James Brown" T-shirts?).

But his crash and burn was no laughing matter to some members of his family, especially daughter Yamma.

"During the time he was at his worst, we couldn't say anything to him," Yamma says today from her home in Atlanta. "When he went to prison, I was a junior in high school, and I thought it was ridiculous" Why was he searching for something that was right there inside him?"

"I wanted to shake him, to smack him, to get the person I loved back," the younger Brown continues. "And it was such a roller-coaster ride, because once he was up, it didn't mean he didn't go back down again. And as daughter, it was tough. I mean, you look up to your dad; he's supposed to be the strong one," she says. "Both your parents are supposed to be. I'm just glad he was able to get better before he passed away."

Yamma's mother was Brown's second wife, Deidre Jenkins. One of her father's more repulsive sides was his physical abuse of women, something Yamma witnessed firsthand growing up. She would later find herself in the exact same situation as her mother, in the role of an abused spouse who suffered for years -- though she would divorce, and her ex-husband would be murdered under mysterious circumstances.

Of course, the book is no Daddy Dearest and not all about James Brown's bad behaviors, as she has plenty of positive remembrances. But she says that in writing it, it was important to be honest because that's what her father taught her.

"I wanted to give people a perspective that this great entertainer, this iconic person, was flawed," she says. "And sometimes, when you have flawed individuals in a family, it affects other members. [The book] is more about relationships, and I felt that I had a good, well-rounded relationship with him. But he didn't ever skirt anything under the rug, and neither did I."

There are some humorous anecdotes about how Yamma and her sister had to essentially "share" their dad with his fans. And James Brown's willingness to be nice to them -- even at inopportune moments -- sometimes tested the patience of a little girl.

"I realize that when you see [a celebrity], you want to stop and say something about what they mean to you or ask for an autograph, but this was a lot!" Yamma says.

"We'd be out eating in a restaurant and people would constantly come up to him," she continues. "And they'd say, 'I don't want to bother you...' but then they did! He'd have to send his meal back three times because he could never cut into it and it got cold! But he told me to take it all in stride because it meant a lot for him to stop and say hello to his fans. I wanted him to be mine, but I had to share him with the world."

It's something that Yamma had to do even after Brown's 2006 death on Christmas Day and the ensuing circus of controversies and court orders about who had control of the body and where it should be buried. Then there were the fuzzy rights of Brown's last wife, Tomi Rae, who may have been already married and thus not legally able to be the last Mrs. Brown.

Incredibly, nearly eight years after James Brown's death, his estate has not been settled due to a flurry of suits, countersuits, embezzlement, abuse of power, DNA tests and multiple versions of wills. Even his current resting place on the premises of the home of Yamma's sister is temporary. As a result, neither Yamma, her sister Deanna, or any half-siblings or spouses have received a dime. Nor has a single scholarship been awarded to either Brown's grandchildren or the underprivileged youth he had earmarked funds for.

"It's very, very frustrating. I'm 41, and I'm not looking for my dad's estate to pay my way through life. I make a decent living," Yamma -- who holds a doctorate in pharmaceutical studies -- offers. "But I think about all those things he wanted to have done that can't be because we're tied up trying to figure out who his beneficiaries are." 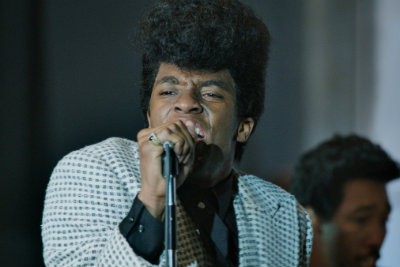 Ironically, James Brown's profile has never been higher in recent years than now. Although this summer's biopic Get On Up, starring Chadwick Boseman as Brown and directed by Tate Taylor, only earned about $30 million at the box office, critics rated it a respectable 71 on Metacritic, and the DVD is scheduled for a November release. Mr. Dynamite, an HBO documentary on Brown's life, is set to premiere on October 27.

"I've seen both of them, and I thought Tate did a great job of telling Dad's story, especially the back-story," Yamma says. "And Chad did an amazing job. He took time to talk with the family. They both did their research. But I realize it's a film and it's got to be embellished a little to be entertaining. But overall, I was extremely pleased."

When we bring up the thought that her father could "return" to the stage in hologram form à la Tupac and Michael Jackson, she lets out a laugh.

"Actually, they have called us about doing that! We are throwing that idea around. And I like how they did Michael and Tupac!" she says.

In the book, Yamma recounts how a distraught Michael Jackson spent several hours over two visits alone at the funeral parlor by Brown's open coffin. To have been a fly in that room...

"But it has to be done right, like an appearance, not a tour," Yamma says. "We don't want him working in death as well!"