My Dad Says the New Mastodon Video Is Sexist 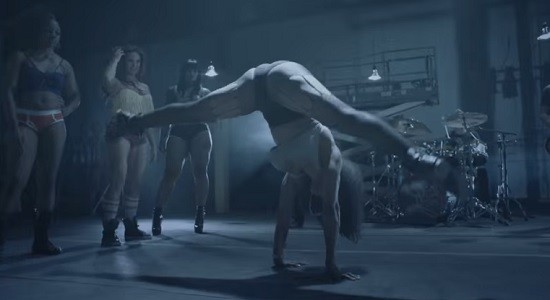 One Saturday afternoon during my sophomore year, my father (who nicknamed himself the Rooster, after the Alice in Chains song) wanted to go to Chesterfield Mall with me -- specifically, Hot Topic -- to check out the new Pantera shirts. This was soon after Dimebag's death, renewing the Rooster's fascination with the arguable forefathers of groove-metal (if you aren't an Exhorder fan). It was kind of amazing and embarrassing at the same time -- somewhat typical teenage outlook. To make it more odd, my friend was the store's manager at the time, and he recognized me and proceeded to talk loudly about the debauchery and destruction of a recent party.

There was no need for the cover; my dad was way too enamored by the array of different designs on Pantera/Children of Bodom/Slipknot/etc. shirts. As Kevin finished up a story involving an unfortunate altercation between a lawnmower and a recliner chair, the Rooster walked up with his chosen garment. Its name on Rockabilia.com is "Cowboys From Hell Skeleton Cowboy Riding Bull With Purple Lightning Bolts & Banner Logo." He was excited.

So that's my dad.

See also: My Dad Says the New U2 Album Sucks

Recently, Mastodon's new video, "The Motherload," has become the center of a lot of Internet attention because of one thing: butts. Call it what you like -- a blow to feminism everywhere or a genius, modernized biblical statement. It just seems like overkill. Who better than to gauge the controversy than the Rooster, one of St. Louis' oldest metal head/hippie hybrids?

"Well, yeah. It's demeaning to these women. This video is sexist," says the Rooster, with a cigarette poking through his beard and a determined fixation in his eyes. "I know that with all this shit, it's supposed to be about sex, drugs and rock & roll. But this is damn near pornographic."

The Rooster didn't hate the track itself, though. "The song is pretty good. I'm gonna add it to my Spotify playlist. I like the drummer's voice. Granted, the lyrics don't seem very deep. After looking 'em up, they all just keep talking about the weight on whoever the song is about's shoulders, hence 'The Motherload.'"

The Rooster let out a short cackle and continued.

"But honestly, this seems like it was made to make teenage boys drool and get the internet squawking," he said from his desk chair/pulpit, adding,"Beavis & Butt-head would've loved this video. That's who this is for. The whole thing just looks like a fancy combo of Duck Dynasty and any rap video, without making a point about either." 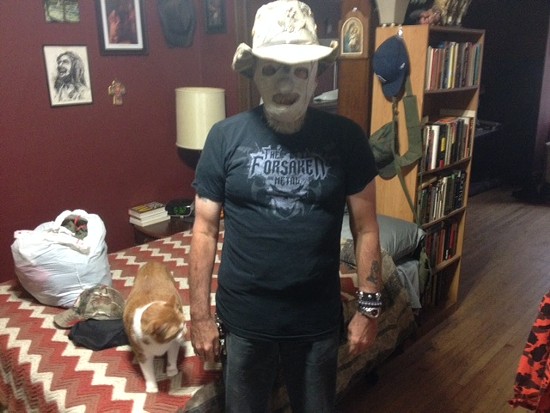 The Rooster showed genuine concern toward the ridiculous level of objectification going on in the video and the standard it's setting, given that he'd never heard of twerking before.

"These girls seem to be pretty obviously strippers, hookers or junkies, or a combination of the three. Hell, what do I know, they could be schoolteachers. Wouldn't have wanted 'em teachin' you when you were little," he informs me with a loud laugh.

"These girls take over the focus of the rest of the video by the second minute out of five. It seems like the band or director is just putting them on display for their own perversions or just the hell of it. By the end, no one in their right mind, including the camera, is paying attention to what's going on with the musical performance that's causing all of these girls to go so nuts."

He lets out a sigh and a puff of smoke. "Maybe I'm just old. But this doesn't seem right. This isn't tongue-in-cheek fun. This ain't a statement. This is just sexist. But the song's good; just wouldn't watch it again."

The Rooster's listening suggestion for the week: Slipknot - "The Negative One"

"It's great to see Slipknot sounding like themselves," crows the Rooster. "Glad, since that one guy died and the drummer left. Corey sounds pissed, but you can still understand him. In the end of the song, he turns out to be 'The Negative One.'"