Six Reasons Why Bands Break Up

While Aerosmith still flails around in a body without bones, propped up by the hot air of its backward-cap-wearing fanbase, most sensible bands know when to call it quits. Sure, reunion tours are still a thing, but those tend to happen on the stinking fumes of nostalgia, and they serve to fuel the now-meager drug habits that were once respectable addictions.

Everyone calls it quits at some point. Being in a band is hard work -- coordinating schedules, dealing with flakes and actually hammering out a tolerable song or two is a damn near miracle for some. But those who break through are still destined to quit at some point, and here's why.

6. The Band Is Just "Too Good For This Shit"

So you've had a few practices now and on your debut show, the bass player flubs up his funky solo. The aftermath involves a drummer tossing his sparkling Gretsch kit down a flight of stairs because he can't believe this shit. "Some of us are real musicians," he says.

And its true. This particular set of songs would have shot into the crowd's collective brain and triggered instant orgasms, but the four-or-so sour notes that the average showgoer definitely noticed just ruined the whole thing. Some bands can't bounce back from a show that wasn't a 100 percent perfect performance of their precious masterpiece rock ballads that are totally original and have never been heard before.

And the few friends who sat in on the last rehearsal will forever say: "They were too good for this world."

"Creative differences" are often cited as the leading cause of band breakups. At first, divergent tastes seem like a good idea. Blending genres leads to new, revolutionary forms of music, right? At some point, ideas clash and either a compromise happens or it doesn't.

Those steadfast artists who stay true to their vision can be a little overbearing, driving away their chilled-out bandmates -- or maybe they just get tired of the whole "wearing those stupid sunglasses to band practice" thing.

Of course, this usually involves the aforementioned "creative differences." At some point, one of the band members, usually the least talented, becomes too aware of his unbridled genius and decides collaboration is for the birds. Without former bandmates around to dry up the wettest part of this sonic garbage, the solo artist is finally free to deliver divine rites unto the masses.

In some rare cases, the solo artist will actually squeeze out passable songs, but this serves only to feed an unabated arrogance, which typically leads to tyrannical treatment of his family, friends and fanbase (see also: Morrissey). 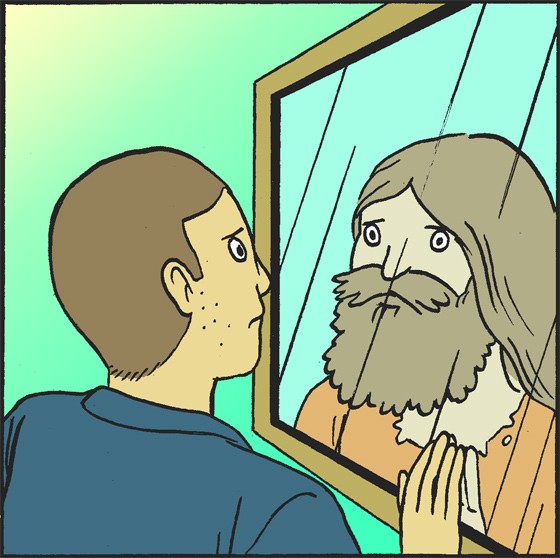 Let's face it, the days of record execs walking through neighborhoods to discover the next great band just jamming out in their garage are over. If we're being real, those days were never here, but that urban legend is part of the identity of American rock music. Most bands will spend countless hours practicing and performing with that goal in mind -- to get big.

At some point, it all becomes more work than play. Juggling a full-time job or school with playing out can get complicated quick, and not everyone is cut out for it. Sometimes the band is used as an excuse -- a way to put off frivolous things like showing up for work or planning for the future.

Sometimes it's just time to listen to your blue-collar stepdad and hang up the axe. When your folks told you to grow up and get a job, it was because your band sucked, not because they want to snuff out what little joy you have left in this cold, thankless world. 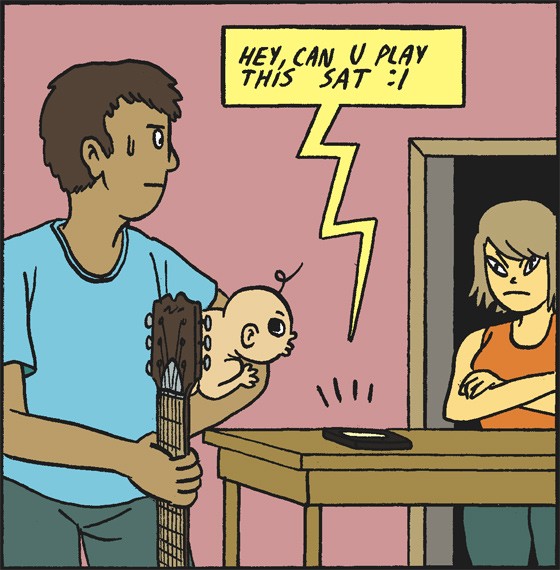 We've all met the typical deadbeat "Dad In A Band." His name is Eddie, he wears his leather jacket to Thanksgiving and he misses his baby's birth in lieu of yet another bar gig. No one wants to be that guy -- except for that guy. Thankfully, some people are aware of their own inability to split time between music and their own children. So they quit.

Others are goaded by their families to quit ahead of raising a child. Maybe there's a stigma about people playing in bands that leads us all to believe that musicians would make for terrible parents, but history shows that plenty of kids were raised just fine on rock & roll. It's entirely possible to raise a child and play music, but sometimes the pressure of doing both is just too much. 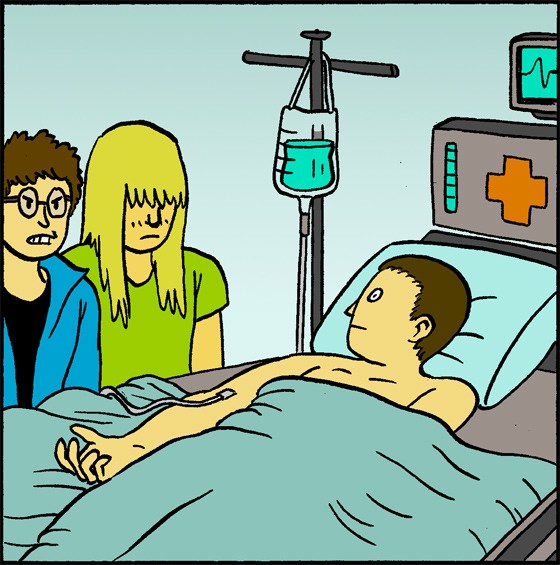 1. Music Is A Matter Of Life And Death

You've seen the type -- the guy who drives around with MUSIC = LIFE bumper stickers and wears a big treble clef tattoo on his arm. He proudly proclaims his openness to "all kinds of music, except country and rap." Once, at a party, you even heard him say, "Without music, I'd die, I'd just die."

So he does. Most people know about the awesome healing power of music, but no one likes to talk about the dark side. That's because most musicians, upon finding the dark side of the music, can't stand to have that kind of power -- the power of a god -- and so they quit.