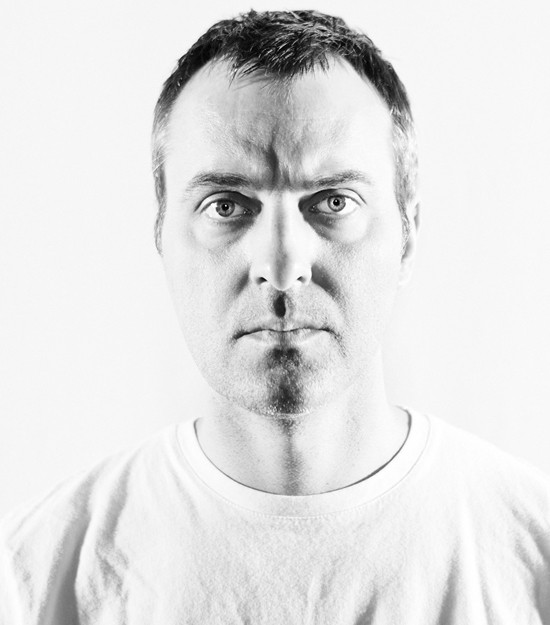 As of this week, this column is one year old. Not that I'm a fan of waxing nostalgic, but the past twelve months have brought many incredible shows to St. Louis - Norwegian noise rock band Staer, Nakatani Gong Orchestra, Cheer-Accident and Jandek - just to name a few highlights. If you have a favorite gig of the past year, share it with us in the comments below.

This month we bring you a list of shows that lean heavily on synthesizer. These sounds come straight to you from circuitry that might as well be black magic to most people. One major component of electronic noise is the equipment used to produce the sound - often it is specially modded by the artist to create unique tones and texture. Some performers prefer to keep their vintage gear authentic and work within the confines of a limited piece to craft distinct sound.

St. Louis ex-pat Jack Callahan returns to St. Louis as die Reihe to play the final in-store performance at Apop Records. Callahan works through modular synthesizer and disparate samples to create meditative drones that test patience and sonic tolerance. Using repetition to build expectations, he constructs an atmosphere where any sound feels possible - nothing is off limits.

It's hard to say if Skull's Mind is a parody shilling of Pop music, but the duo makes a dance music that deconstructs, folding unto itself in uneasy, noisy fashion. There's enough comedy injected (through chanting "baby girl" ad infinitum) to make you question if the band is trolling everyone in the room - but the substance is there - despite the performers' facade that it isn't. Bit Brigade with Thor Axe Monday, October 13 The Luminary 8 p.m. | $10 | 21+

OK, so Bit Brigade isn't ostensibly "experimental," but the concept is niche: One man sits in the center of the stage, speed-running retro games on a projector screen while a live band performs the music - all perfectly in sync.

Before the advent of geek culture, gaming wasn't a hobby to wax poetic about, but Bit Brigade celebrates the music of classic Nintendo titles like Megaman and Zelda, and does so with distinct precision. Played with live drums, guitars and keyboard, Bit Brigade provides new arrangements for songs originally programmed on the Nintendo Entertainment System's sound chip.

You might remember Jon Mueller from his project Death Blues, who performed at the Kerr Foundation only back in July. This time around, Mueller will play solo, which typically entails amplified percussion amid layers of bellowing vocals. The video above is a good example of what to expect, but as is the case with many noise and experimental artists, don't be surprised if he shows up with something completely different.

Opening duo Okoiucho is worth the price of admission alone. Brain Transplant's Chris Smentowski joins legendary bassist Darin Gray for a rare performance of strings and electronics. Jeremy Kannapell aka Ghost Ice will display his own experimental 8mm films as well.