Nas: A New Doc Looks Back on Illmatic and One of Hip-Hop's Finest Living Lyricists

One rhyme in particular crystallizes the genius of Nas' 1994 classic, Illmatic. It comes in the song "One Love," which takes the form of a letter to a friend in prison: "Congratulations, you know you got a son," Nas raps. "I heard he looks like ya, why don't your lady write ya?"

Did you get that? In nineteen words, Nas swings from the perspective-upending pride of fatherhood -- a new human who is part you! -- to the heartache of separation, loneliness, disloyalty. He whispers the knife of betrayal into our gut with a simple question: "Why don't your lady write ya?" Nas paints not just a man in prison, yearning for the outside, but a whole web of relationships decaying in his absence.

Lyrical feats like these helped Illmatic win a perfect five-mic score from The Source in '94 and a perfect ten from Pitchfork when it was reissued last year, making it one of the most acclaimed of all hip-hop albums. (It does have a few flaws.) But Illmatic's towering reputation challenges anyone seeking to comment on it further: After twenty years, plus the 2001 sequel (Stillmatic), the reissue of the original, the 33⅓ book, and the countless essays, hagiographic and otherwise, what could possibly be left to say?

Wisely, then, Nas: Time Is Illmatic leans toward biography. The film traces the life of Nas from his childhood in the notorious Queensbridge housing projects up through the making and release of Illmatic. Director One9 skips the bulk of Nas' rap career -- which, suffice it to say, hasn't been as consistent as his debut -- to find Nasir bin Olu Dara Jones a 41-year-old elder statesman.

He's widely respected, even by onetime rivals like Jay Z, yet his highest-profile concerts still feature songs he wrote as a teenager. This isn't a critical portrait by any means. But the film understands that the most interesting thing about Nas is how he once converted twenty years of living into 40 minutes of art that transcends its genre, its era, even its medium.

Time Is Illmatic goes remarkably deep, taking us all the way back to the Mississippi childhood of Nas' father, jazz trumpeter Olu Dara Jones. The elder Jones found himself discharged from the Navy in New York, where he met a woman; soon, she'd given birth to two boys, Nasir and his younger brother, Jabari. While Olu Dara went on tour, becoming a celebrated figure in avant-garde jazz, Fannie Jones moved her boys into the largest public housing project in the world.

They lived a better life than many neighbors did, with regular meals, books and musical instruments. But as crack and violence consumed the neighborhood (we get plenty of historical context in these 74 minutes), Olu Dara found himself shocked by the harshness of his sons' childhood. "I went to enroll them in school -- it was like enrolling them in hell," he remembers. 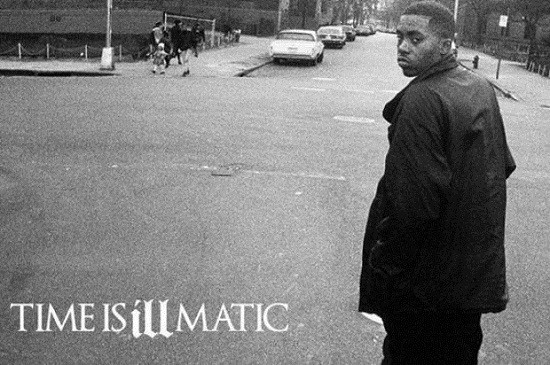 When school didn't work out, he encouraged Nas and Jabari to quit and pursue creative projects on their own. But no one could shelter them completely. In a scuffle one afternoon, Nas' longtime best friend and neighbor, Ill Will, was shot and killed. Jabari was wounded. The boys and their mother continued to live in their Queensbridge apartment, but Nas came to realize that he needed an escape from life on the streets.

He engineered that escape through rap. After Ill Will's death, Nas dove into music, eventually surfacing on the New York rap radar as a guest on the Main Source track "Live at the Barbecue." His punishing intro verse -- "When I was twelve, I went to hell for snuffing Jesus" -- made Nasty Nas into a hot, if local, quantity.

Then Columbia Records found him. The film sends us to producers like Large Professor, Pete Rock and Q-Tip to hear how they were approached by a young Nas and impressed by him -- not just his flow but the wisdom and depth of his rhymes. Critics often focus on the technical skill of rap lyrics, the poetic intertwining of sounds and meanings, and there is plenty of that to celebrate on Illmatic. But as far as this film is concerned, the greatness of the album comes from how it captures a time, a place and the painful choices that shaped the lives. In one of the most moving scenes, Jabari looks at the photo of nearly two dozen Queensbridge boys from the liner notes of Illmatic. Every one he points to is now in jail.

Meanwhile, present-day Nas performs for thousands and travels to Harvard to announce a fellowship in his name. Seated among black intellectuals like Henry Louis Gates Jr., this final scene serves as an anointing for Nasir Jones, an acknowledgment of his place as one of hip-hop's finest living lyricists. Better than his posh home or chauffeured Mercedes, it shows how far Nas has come: Years ago, he rapped, "My people be projects or jail, never Harvard or Yale."

Catch Nas: Time is Illmatic at the AMC West Olive 16 cinema tonight only at 7 p.m.