St. Louis' Prince Ea, sometimes rapper, sometimes conspiracy theorist pranker, and most recently spoken-word video artist, has released another powerful video. On the heels of his most recent, titled "Why I Think This World Should End" -- which got millions of shares and even attracted the (positive) attention of conservative pundit Glenn Beck -- this week Ea released "Can We Auto-Correct Humanity?"

The video decries the wedge that technology has driven between the interpersonal relationships of many. "Did you know the average person spends four years of his life looking down at his cell phone?" it begins. "Kind of ironic, ain't it, how these touch-screens can make us lose touch."

Ea then goes on to describe Facebook as an "anti-social network," making the point, as many have observed, that social media has actually driven people away from social interaction rather than toward it. 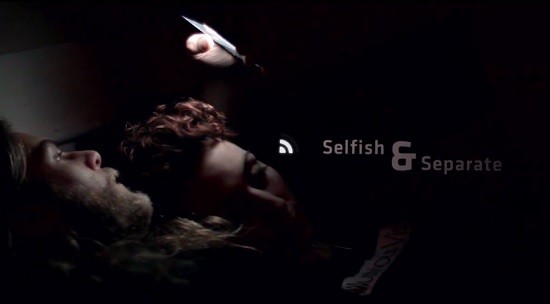 Ea's background as a rapper is clear in the way he chooses his words, which flow as poetry as he speaks. From the video, written out in poetic form:

While we may have big friend lists
so many of us are friendless
all alone
'cause friendships
are more broken than the screens on our very phones.
We sit at home
on our computers measuring self-worth by numbers
of followers and likes
ignoring those who actually love us
it seems we'd rather write
an angry post than talk to someone who might
actually hug us.
Am I buggin'?
You tell me 'cause I asked a friend the other day, "Let's meet up face-to-face."
They said "All right. What time you wanna Skype?"

Ea's latest offering has accrued over 3 million views and more than 150,000 shares in less than a day, proving that the man certainly has a knack for this kind of thing. Watch it for yourself below: