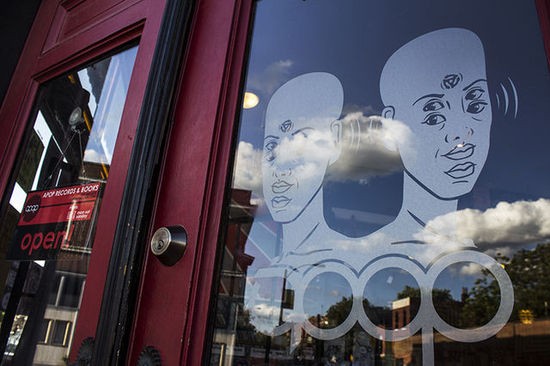 After more than a decade in business, Apop Records (2831 Cherokee Street) is shutting its doors for good. The exact closure date hasn't been set in stone, but fans of the store should anticipate sales in the coming weeks. It was only back in June when we spoke to owner Tiffany Minx about the store's ten-year anniversary.

From Apop Records Celebrates Ten Years In The Business of Subversive Sound:

Having a storefront focused solely on fringe art is a bold move, and not a particularly smart business decision. But that doesn't deter owner Tiffany Minx. She has built a hub for creative minds and music lovers a like -- a place to explore subversive sounds.

"I think that Apop Records connects to a lot of different music scenes. When we've thrown parties or bigger shows, we've pulled all kinds of people from different groups or walks of life. It's a really good combination of people," says Minx.

Apop started in 2004 at a small downtown space in Columbia. While dealing with high rent and the high turnover of customers, a product of a transient college community, Minx and her former partner Dustin Newman saw fit to move. By 2007 Apop had relocated to a spacious storefront at the corner of Cherokee Street and Iowa Avenue.

Record, CD and tape collectors alike might want to browse the racks soon, as the store is expected to close before the end of October. Owner Tiffany Minx announced the decision through her personal Facebook page yesterday:

Hey, yo! I'm closing the shop.

I've been so busy that I haven't been able to successfully reach out to all my good pals and Apop supporters, so I figured I'd throw this out there before I shout it out via the Apop page and the email list, later.

I decided to go back to school this semester and it's been a really great thing for me. I'm more or less picking up where I left off over ten years ago, before Dustin and I opened Apop in 2004.

However, I realized that it is not realistic for me to pursue my future and invest in myself while keeping the shop going; It simply requires too much of my time and effort. So, while I love the damn thing, and will miss it lots, I just have to move on.

I just wanted to let y'all know at least a smidge ahead of time before I make it even more public.

I dislike retrospective narratives and believe nostalgia to be a progress killer, so I'll spare you from any weepy, long-winded blathering.

But, we all know that it was important, not just to me, but to so many people, and operated not just as a shop, or a dissemination station of out-there ideas and art, but also as a hub for freaks, creeps, the artistic geniuses and fools, alike.

Thanks for being a part of it!

btw, details about closure date and sales, etc., will be posted soon... prob as an event, so, keep them eyeballs peeled! Oh, and consignors, we are working this week on reconciling your accounts. Pick up should start after the first week of Oct.

We'll be following any details on sales or final events as they develop. In the meantime, feel free to share your memories about Apop Records in the comments section below. Maybe you found a record you never thought you'd see in real life, or maybe you were violently pelted with cake during one of the shop's yearly birthday parties? Let the world know.