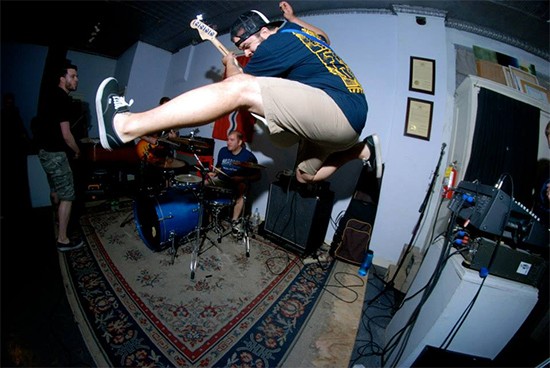 The band, which formed two years ago, gets its name from the Pennywise song of the same name and plays what guitarist James Carroll characterizes as mid-2000s melodic hardcore in the vein of bands including Count Me Out, Carry On and Panic. Midwaste features short, fast songs wherein scratchy guitar chords meet a metronome of pulse-pounding beats from drummer Travis Allen (also of Cardiac Arrest). The confrontational yells of vocalist Drew Maxey dig deep with personal lyrics regarding relationships, life lessons and living in the Midwest.

Perfect People typically calls Fubar (3108 Locust Street) its stomping grounds but has also performed elsewhere in the region. The free show at Strange Donuts' tiny storefront is limited to 25 guests, but the band can stretch its legs over at Utopia (where there's plenty of room for those high kicks) when it performs with Carroll and Maxey's other band, Resolve, and a slew of other acts: Meth Dealer, Resolute and Lamentors.

The Midwaste record comes available in a few different varieties: with a special preorder cover, in standard black and also in a peach color. Grab it at one of the shows or order it online via the Just Another Day Records website. Check out Perfect People's original cassette-tape demos below.

Read on to see what singer Drew Maxey has to say when he fills in the blanks. 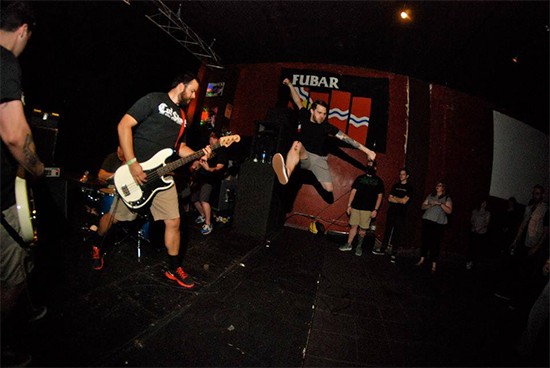 What I like most about St. Louis is... Drew Maxey: the diversity of the population. There's a wonderful amount of culture to be found if you just look around, and that's fantastic.

I make music because... I have a lot of things on my mind, and I can.

I've learned the most from... the works of Alan Moore and Neil Gaiman. Oh, and Vonnegut. And giant monster movies from Japan. And probably Star Wars, too. This is a tough question.

The St. Louis music scene could use... more stage dives.

The best post-show food in St. Louis is... the Pickleman's on SLU's campus. The food is good, and you can make fun of the drunken college students who stumble in during the late hours of the night.

The most memorable show I've ever played... One of my old bands played a show in what was essentially a biker bar outside of Detroit. We were second out of a total of ten bands. As soon as we hit our first note, the room emptied, but that's not the memorable part. During the third band, the owner had become livid over the behavior of the locals, and he began to chase them around the bar in a wheelchair with a baseball bat. Someone pulled a door off its hinges, and another guy peed on the floor. The police showed up, and they looked at us and said, "You're from out of town? You might want to leave right now." We did.