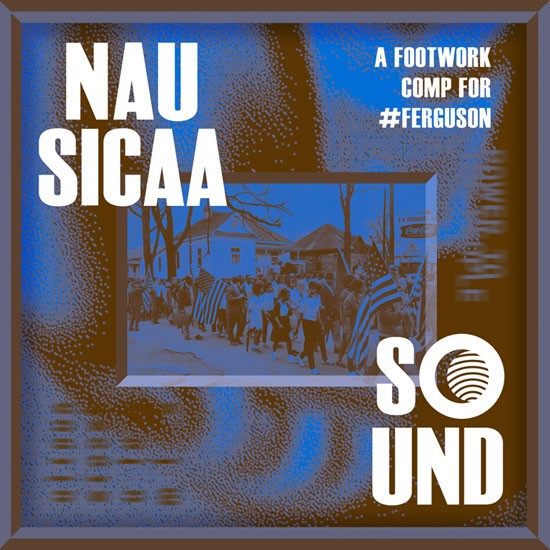 Late last month St. Louis native Derek Yaeger founded Nausicaa Sound, a music label focused on contributing to communities in need across the world. Yaeger aims to raise funds by selling songs online -- with all proceeds going to benefit groups such as Organization for Black Struggle, that work toward societal progress and equality.

Yaeger writes and performs music under the name D-M-Y, and he has a distinct insight on producing records. Driven by recent events in Ferguson, Yaeger reached out to fellow artists in the global Juke and Footwork communities with the goal of using dance music to combat inequality, racism and segregation.

"Though it is a record label, we are not running it with contracts for artists. We aren't trying to be the 'next big label.' We are working towards a goal of compassion, peace, understanding, empathy and unity," says Yaeger. All the music is available for free, and fans can pay what they want via Paypal.

The first major project is Nausicaa Sound -- A Footwork Comp for #Ferguson, and it features exclusive songs from more than 30 artists. The full list is massive.

In order to avoid the extra costs that come with publishing and manufacturing, all Nausicaa Sound products are released digitally. Because the goal is to maximize proceeds, the label has no plans to take on the risks associated with physical releases like CDs and records.

As far as future releases go, Yaeger is still working on the musical concept, but he's already picked out the next charitable cause: the University of Chicago's Celiac Disease Research Center.

And the name? Fans of anime might recognize it from the 1984 film Nausicaa of the Valley of the Wind by director Hayao Miyazaki.

"The main character's name is Nausicaa, and everything about her being is how the name was derived. She represents compassion, peace, understanding, empathy and unity. I was standing with my wife in the kitchen making dinner after all of the entries started coming in for the comp, and I was trying to think of a name that would fully relay the attitude, demeanor and character of the label. I could not think of a better name," Yaeger says.