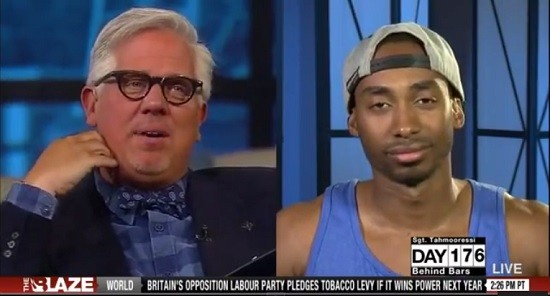 St. Louis' Prince Ea, no stranger to viral fame, recently released a spoken-word video titled "Why I Think This World Should End." In it, the "Make Smart Cool" rapper sits in front of a destroyed building and bemoans the many ills that plague modern society, from polluted oceans to collapsed economies to failing education systems. "What's popular is more important than what's right," he says. "Ratings are more important than the truth."

Ultimately, the video's message is one of love. "Not the love you hear in your favorite song on the radio, I mean real love, true love, boundless love. You can love, love each other from the moment we wake up to the moment we go to bed. Perform an act of kindness because that is contagious. We can be mindful during every interaction, planting seeds of goodness, showing a little more compassion than usual.

"We can forgive, because 300 years from now, will that grudge you hold against your friend, your mother, your father have been worth it?"

In the first fourteen days since it was released, the video got more than 30 million views and 2 million shares, even falling under the nose of well-known right-wing political pundit Glenn Beck, who posted the video on his personal website. Two days later Prince Ea was interviewed by former St. Louisan and Glenn Beck protege Dana Loesch.

This week, he got the chance to speak with Beck himself.

"I'm not down with the rap scene," Beck begins, "but I saw this video, and I was so happy to see this. I don't know how many people I sent this to personally before we started posting it up on the Blaze and Glennbeck.com."

Beck then asked Prince Ea what his motivation was for creating the video.

"Honestly, before I wrote that piece I thought about death, as morbid as that sounds," Prince Ea explains. "I thought about death. That's something we all have to think about, and I thought, 'If I was gonna die in a week and I had one last message to give to humanity, what would it be?' And that came out.

"The only message worth sharing is one of love and kindness and compassion."

Beck all but swoons over the St. Louis-based rapper throughout the ten-minute segment, wrapping up by telling him that the two of them are a lot alike and predicting great success in his future. Prince Ea, for his part, says he is not so concerned about the video's exact numbers and virality, only that he is reaching people and making them think.

"If they watch the video and are changed internally, then my job is done."

Watch the full interview below.