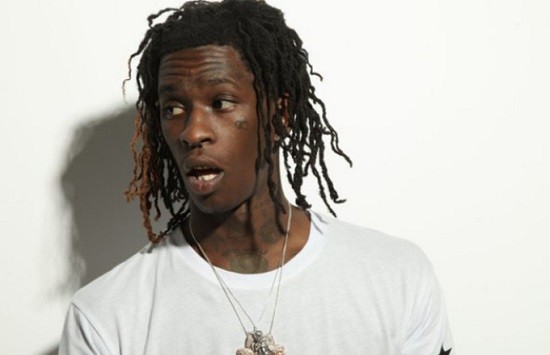 Over the weekend Atlanta played host to the fourteenth annual BET Awards, drawing rappers from all corners of the hip-hop world to the televised event. Atlanta-based Young Thug, of Gucci Mane's 1017 Brick Squad Records, was one. During a short red-carpet interview with entertainment website Bossip.com, Young Thug was questioned about his stance on Ferguson and the shooting of Mike Brown. His stance is, essentially, no stance at all.

See also: Hip-Hop Is Failing Us

Bossip: Do you think the media blows things out of proportion on social media?

They're a doing a special on Mike Brown and the Ferguson situation. What do think needs to be changed in the way black men are policed in America?

"Leave that up with the critics and the laws and all that other shit. We having fun, we iced out, we having money. That's how we doing it."

Young Thug's disinterest in the subject drew the ire of many an Internet onlooker. Though the rapper could hardly be described as anything close to "socially conscious" (as opposed to, for example, Talib Kweli), his apathy drew harsh criticism.

This Young Thug guy saying he's not concerned with #Ferguson because it's not his business? One of the reasons we can't get anywhere.

These teens and young adults think @youngthug is cool. Fact is, he said outright he don't give a fuck about y'all in #Ferguson sad day smh

.@youngthug a B!TCH for what he said about #Ferguson tho. #SHAMEONYOU black man!!

@youngthug don't care about what happened in Ferguson? that's too bad he coulda been a influencial character in the game

@youngthug really #Ferguson isn't your problem? Well I've never heard of you til 3 min ago but I will make sure I shit on your album sales

This may be a spoiler for Wanksta of the Week! http://t.co/AJb95huSFu

Some in St. Louis even tweeted that the rapper shouldn't come to town, calling the city a "No Fly Zone," a reference Detroit rapper Trick-Trick's song of the same name, which discourages rappers who do not support artists or issues dear to a city, financially or otherwise, from performing in those locales.

@youngthug CANT STEP FOOT BACK IN STL SINCE HE DONT GIVE A FUCK ABOUT OUR COMMUNITY OR MIKE BROWN #FERGUSON #FUCKDUDE pic.twitter.com/6O1F8QbygG

Trick-Trick's Detroit "No Fly Zone" was famously blamed for preventing Florida's Rick Ross from performing at a show in the city earlier this summer. Upon arrival, Ross was greeted by 100 to 150 people who prevented him from going onstage, and was reportedly in fear for his life.