"See those clocks on the wall? They don't work -- none of them do. Because I want the time spent here to feel timeless," says Sonia Dae, artistic director at Kismet Creative Center (3409 Iowa Avenue; 314-696-8177). The small building, located near the corner of Cherokee Street and Iowa Avenue, functions as a record shop and art gallery, with a strong emphasis on consigned goods from local artists.

Since Kismet opened late last month, its walls have already been covered with paintings from local artist Eric Wellen. An elaborate display of sleek glass work fills one table alongside painted concrete skulls. The room is brimming with odds and ends -- a carefully curated mass of crafts from local creatives.

For music fans, the biggest draw to Kismet might be its stellar supply of vinyl records. Shop owner Tom Maher is no stranger to the art of selling wax. Kismet's inventory comes from Maher's former store in Durango, Colorado where he bought and sold records for four years before moving to Denver, and most recently, St. Louis. He combines that old stock with gems from his own personal collection, making for a great selection on a street that includes Apop Records and Dead Wax. 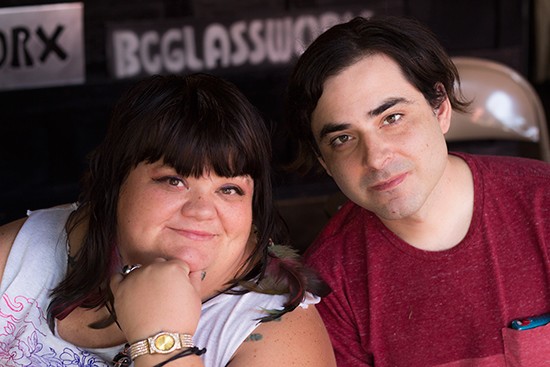 Buying and selling aren't the only focus at Kismet -- Sonia aims to host classes, performances and workshops. On any given day, Kismet could function as a lecture hall or work space for a local artist.

"That's why we call it a creative center. It's more than just a store or record shop. We want to invite people to come in and also be creative," Sonia adds. By inviting artists to set up workshops, she hopes to empower people with the space to communicate and create. Huge couches occupy central floor space, and they emphasize Sonia and Maher's vision of Kismet as not only a store, but a place to hang-out.

Sonia hopes to personally provide a gateway into the world of art, especially for people who are interested but just don't know where to start. While using Kismet as a home base, she works as a creative guide, directing would-be artists by showing them a clear path from conception to completion. And this is familiar ground for Sonia who, for the past eleven years, worked as the head facilitator for Art City at the City Museum.

"This is a safe place for children to come in and create. We're hoping to facilitate learning and the fun of doing art," Sonia says. She keeps the store stocked with art supplies and offers free use to parents and kids.

Besides consigned pieces and record sales, Kismet hopes to keep its doors open with donations from events and classes. Ideally patrons would abide by the suggested $3 an hour, but the fee is not strictly enforced. Ultimately Sonia plans to shift the very nature of Kismet from a store to an non-profit organization.

Kismet Creative Center's current hours are noon to 8 p.m. Sunday through Thursday and noon to 11 p.m. Friday and Saturday. For more information, check out its Facebook page.

Click through to see more photos from the newly opened Kismet Creative Center. 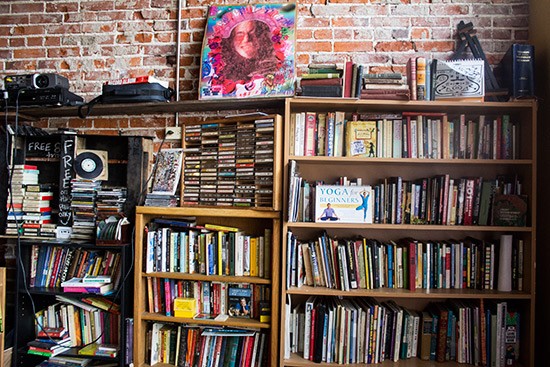