Mineral's Van Broken Into Outside of Flamingo Bowl, Thousands Stolen 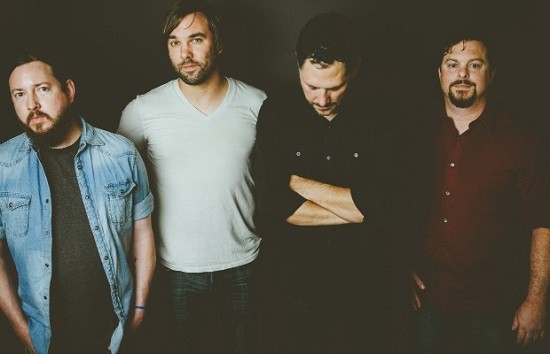 In what is becoming an alarming trend in St. Louis, Texas emo band Mineral, currently in the midst of an otherwise successful reunion tour, had its van broken into during the group's time in St. Louis on September 16. Following a show at the Firebird that went without incident, the members of the band traveled to the Flamingo Bowl to celebrate the birthday of vocalist Chris Simpson. When they left the bowling alley they found that their van had been broken into and most of their valuables had been stolen.

ALERT: After our show this evening in St Louis at the Firebird we went to celebrate Chris' birthday by going bowling at Flamingo Bowl. Shortly after 1am our van was broken into and all of our belongings were stolen. Thousands and thousands of dollars in personal electronics, a cash box with several shows worth of merch sales, clothing, invaluable intellectual property, and many many other items. Our rear cargo hold with most of the gear was thankfully left safe. The van was locked, we specifically paid to park in a well lit lot with an attendant. When we came out 30 min later, attendant was gone, locks popped off, and belongings gone. Please if anyone in the area has any information email us at mineral@officialmineral.com. There have been many burglaries targeting band vehicles and clubs in the St Louis area, please repost/share and help spread the word so other traveling bands are more aware and alert of their surroundings and decision making.

Anyone wishing to donate may do so at http://tinyurl.com/mineraldonate Thank You

This incident follows on the heels of a similar incident suffered by the band Field Vision, who performed at Plush on September 11. That group's vehicle was broken into not once, but twice while in St. Louis. Less than a month before that, the band Traitors had its van window smashed and several belongings stolen as well, outside of Fubar, on August 20. The month prior, on June 29, the Felice Brothers' accordion and fiddle were stolen out of the van while its members slept in a hotel, the night before the band was to take the stage at Off Broadway. On June 18 Florida metal act Eyehategod's van was pillaged of thousands of dollars in cash and valuables outside of its show at Fubar. Rivers Of Nihil has the same story, outside of Fubar, on May 14. As does Canadian pop-punk band Seaway, who performed at the Demo on December 11. As does Jeff Loomis, whose van was broken into outside of a restaurant following his show at the Firebird in April 2013.

The increasing frequency of these incidents leads some venue owners to believe these are pros, with Firebird / Demo / Ready Room proprietor Mike Cracchiolo putting out a call to fellow venue owners and police to work together to stop the problem.

More information on that as it comes.