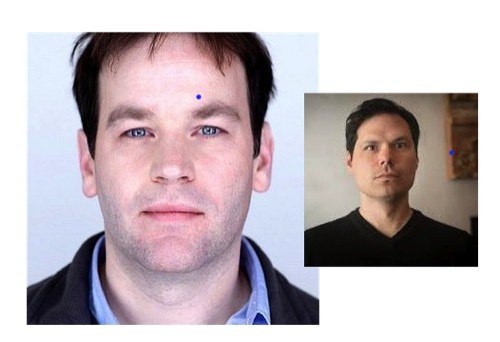 Really good pizza is a universal love. We should know: our dining critic just gushed over A Pizza Story and one of our news reporters eats so much deep dish that he's filled with pepperoni grease instead of blood.

In fact, pizza is so delicious that comedian Mike Birbiglia tried using it to lure fellow funny dude Michael Ian Black to St. Louis. Birbiglia brings his "Thank God for Jokes" tour to the Pageant on Friday, September 19, and the comedian thought maybe Black might enjoy some local pie.

But naturally, the conversation went to hilarious hell. Here's what happened in this saucy tale of bro-love:

See also: Mike Birbiglia on the Impact of Robin Williams' Life and Death

The whole thing started when the Pageant tweeted out a contest to win a meet-and-greet with Birbiglia at his show.

You have until tomorrow to enter to win a Mike Birbiglia (@birbigs) Prize Pack, including a meet & greet! Details: http://t.co/GjyxjlDLVV

Black totally wanted in on that, since he and Birbigs are BFFs and all, but he did the gentlemanly thing and left it for a fan to win.

@ThePageantSTL @birbigs Mike is already a good friend so I'm going to let others try to win this.

But hey, Birbiglia thought, if Black really wanted to come, he didn't have to do so as a fan.

But Black wasn't so sure.

@birbigs @ThePageantSTL Do I have to win this or is it a straight-up "fly yourself in" offer?

@michaelianblack @ThePageantSTL it's a "fly yourself, put yourself up, pay yourself $100" thing plus u must win the contest first

@birbigs @ThePageantSTL I feel like the other contest was a better deal, but okay.

Us, too. But, hey, wait, did Black just agree to a last-minute invite to do stand-up in St. Louis with his buddy Birbigs? That obviously called for celebration -- with Pi Pizza, no less.

But Black knew there was a catch. Because, duh, there's always a catch.

@birbigs @ThePageantSTL Sure, IF I win.

So what will happen Friday? Will Black drop everything to fly to St. Louis for a set with his pal? Will Birbiglia woo Black with the prospect of Obama-approved Pi Pizza? Will someone who is not a celebrity win the Pageant's contest?