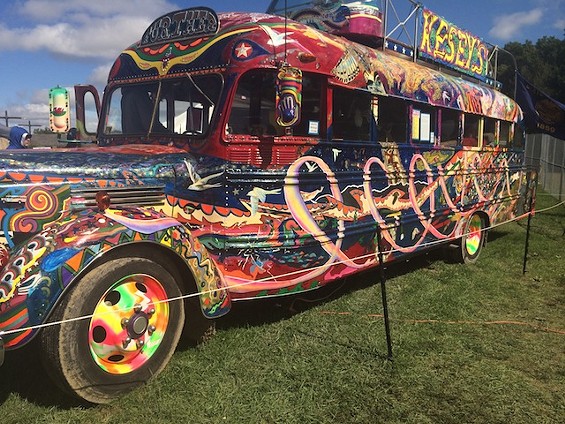 Sam Shear went to Lake Tahoe, Nevada, for college. When he got home to Chicago, he was full of ideas.

Inspired by his parents' love for classic rock music and the West coast's overall love and community, Shear went to his dad, Barry, with an idea for a benefit concert. The two talked about it, put a business plan together, and within a few days they became partners. But the concert Sam originally envisioned, a single-day celebration of California love and a show featuring only one artist morphed into a four-day music and arts festival on 3,000 acres in the middle of the Midwest.

The father-and-son team spent the next six months traveling the country looking for venues and finally found one in Danville, Illinois, with the help of Jeanie Cooke, executive director of the Danville Convention and Visitors' Bureau.

"It's a great venue," Barry says of Kennekuk County Park. "Great location and total community support from the mayor and the state representative, Chad Hayes, who actually played to open up the festival."

But the location was only half of the initial battle. Without a stellar lineup, those 3,000 acres didn't mean shit.

Clayton Elkins, 21, of St. Louis, who sells posters for five dollars to pay his way from festival to festival each year, has been to ten in the past year -- most of them feature electronic music exclusively.

"This is the first all live music festival I've been to in a while," he says. "I really appreciate the solid mix of roots and rock bands. I'll be back for sure next year."

Austin Lange, 22, who traveled all the way from Eugene, Oregon, says Phases of the Moon is his third festival this year, and has the best lineup by far. 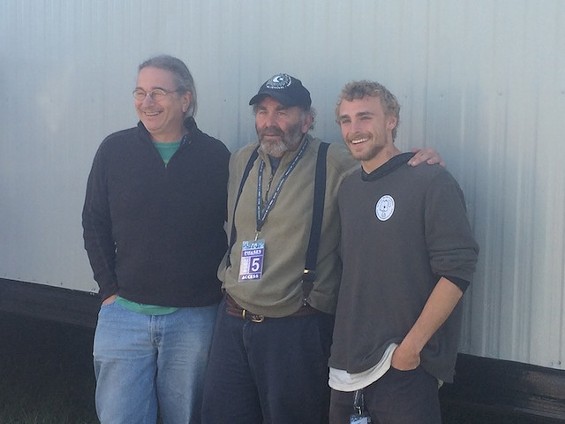 Beside a lineup that feeds appetites from many music genres, Sam's vision to bring the West coast to the Midwest included ideas from various festivals and concerts around the country.

"There were tons of great events that we were looking at," Sam says. "The Sanctuary was inspired through that love that you see out west at festivals like Lightning in a Bottle and Lucidity Festival."

A calm reprieve from the at-times clamorous music scene, the Sanctuary gave festies a place to relax with daily yoga classes, massages and a sound immersion experience.

"I spent some time in there yesterday during this sound immersion thing," says artist in residence David Gans. "That was fantastic. People sitting in a circle with gongs and Tibetan bowls while other people are lying in the middle with sand bags over their eyes meditating. I just stood there and soaked up the vibe for a while."

But, like most first year festivals, Phases of the Moon had a few hiccups. First, about a month before the festival, Bob Weir and RatDog cancelled. A bummer, but the String Cheese Incident played a second set in their place.

Then, from Tuesday September 9, until Thursday, the day the festival was scheduled to start, about four and a half inches of rain fell in Kennekuk County, saturating the 3,000-acre park.

Most of the Wednesday early arrival guests were turned away at the gate because conditions were too wet. And the gates didn't open to general admission and VIP guests until 3 p.m. Thursday. By that point, a line of cars at least six miles long had backed up on Henning Road and with the ten admission gates sitting in the middle of a soupy field, it moved at tortoise pace.

The park gates closed at 2 a.m. Friday morning with people still waiting in their cars.

"The state police were terrific," Barry Shear says. "They said we can just tell people to move over, they can get out of their cars and no one will take them."

Organizers arranged for shuttles to take those still stuck outside the park to one of the four backup locations for the night and pick them up the next morning.

Although the ground remained soggy through Friday, the sun dried up most of the mud by Saturday.

In attempts to ready the park for the thousands of cars, RVs and festival infrastructure, Barry estimates they brought in six tons of big rocks Wednesday night. Thursday, they brought ten tuck loads each of mulch, straw and gravel, and a helicopter to dry the ground.

"They held it together after a natural disaster came through," says Derek Protte, 30, of St. Louis. "The amount of work they put in was amazing. And you can tell a lot of thought went into the art and decorations."

Protte says he's been going to music festivals since he was a teenager and estimates his personal total is in the 50s by now.

"Phases will be my home festival from now on," he says. "I'll keep coming back for years. It's for music lovers, by music lovers, and it shows. If the weather were better, it would have been the best ever." 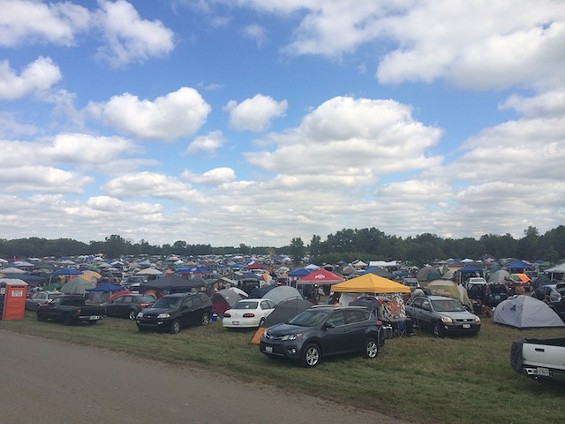 Sam and Barry Shear signed a five-year lease with Kennekuk and look forward to improving the festival in the future. Sam says he expects the String Cheese Incident will be a mainstay at the festival, if they can work it out.

When asked what he's learned in his first foray into festival planning, Barry answered, "I learned we don't want it to rain."