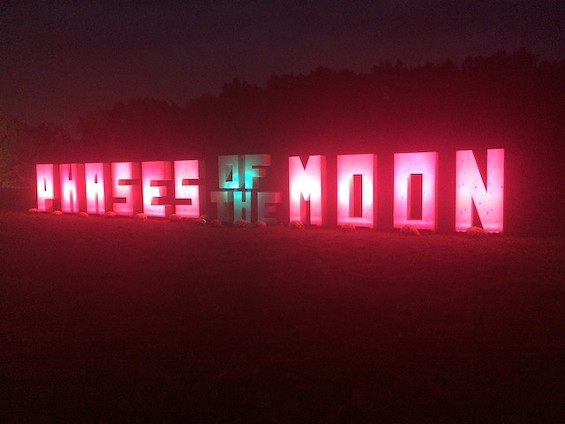 Brand-new music festivals rarely go off without a few kinks. Despite some interference from Mother Nature, the first year for Phases of the Moon Music and Arts Festival ran pretty smoothly. Located at the 3,000-acre Kennekuk County Park in Danville, Illinois, the festival drew 8,500 people for four days of music, art and community.

Here's the best and worst aspects of the affair: 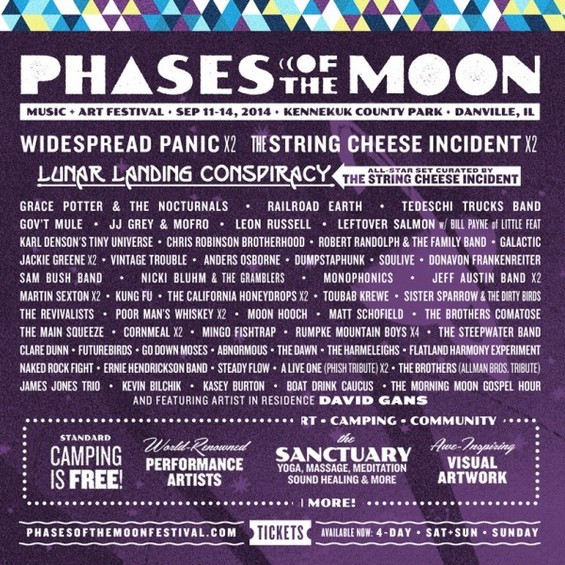 Clayton Elkins, an attendee from St. Louis, has been to about ten festivals since last year -- mostly electronic stuff. "This is a first for me, where all the bands play live music and it's not just a DJ hitting play," he says. "The lineup's real solid, all roots of rock."

For the most part, the organizers did a good job of spacing out the 70-plus performances. There were never any conflicts between the two main stages, but a few disappointing choices had to be made: Vintage Trouble versus Clare Dunn, Grace Potter and the Nocturnals versus Sam Bush Band, and Robert Randolph and the Family Band versus the Main Squeeze were just some of the nail-biters. 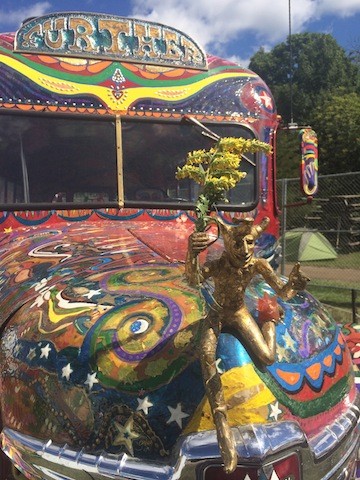 No, it wasn't the real Furthur bus. That one died in 1969 and sits at the Kesey farm waiting to be restored. This bus was, however, painted by Ken Kesey and the Merry Pranksters and drove them across the country.

A four-day music festival can be a grueling experience, especially for those not used to ingesting inordinate amounts of mind-altering substances, getting no sleep and walking ten miles a day. Thankfully, the Sanctuary offered momentary relief in the form of daily yoga classes, massages, painting classes and demonstrations. The Sanctuary also featured a sound-immersion experience wherein people lay in a circle surrounded by gongs, singing bowls, chimes and other instruments from all over the world.

Rena and Kevin Aday's campsite in the middle of the main GA camping field was an outpost of sorts from the early morning hours and throughout the afternoon. The husband-and-wife team travel to music festivals throughout the South and Midwest and serve food at a cheaper rate than vendors inside. "It's our only job," Rena says. "We usually make breakfast burritos in the morning until about 1, then go see some music and some back and make chicken wraps until 2 a.m."

Weary campers staggered past their canopy, which emitted smells of cooked bacon and eggs and fresh coffee. Soon, a line formed and important discussions ensued about the previous night's shows, college football and legalization of marijuana. By Saturday morning, when the word spread, a few folks brought chairs to shoot the shit and toke a few while the coffee brewed.

Tennessee natives, Kevin and Rena started serving food at music festivals in April 2003. They brought sixteen dozen eggs to this festival, but usually, Rena says, they easily go through 30 dozen.

There are certain amenities frequently taken for granted, but one of the most under-appreciated, by far, is a flushing toilet and readily available toilet paper. Thankfully, the porta-potties were cleaned and toilet paper replaced each morning.

Continue to page two for the bad stuff. 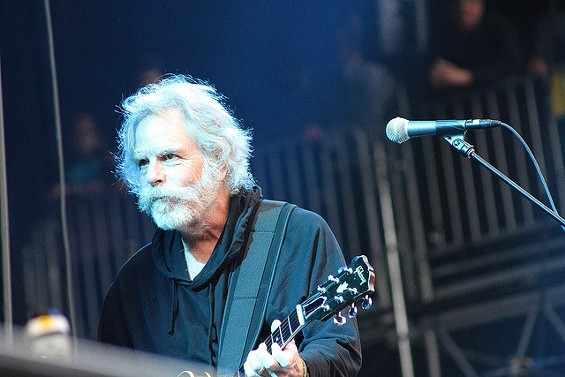 The last thing you want at a camping music festival is mud, but that's what we got. Some cars got stuck, but the parking attendants did a great job finding relatively dry areas to put vehicles. The mud also delayed set-ups, and Thursday set times were pushed back an hour.

You'll notice that three of the four "worst"s were caused by Mother Nature. With that in mind, hats off to first-time festival founders Barry and Sam Shear, the father-and-son team who pulled off a successful inaugural Phases of the Moon Music and Arts Festival.