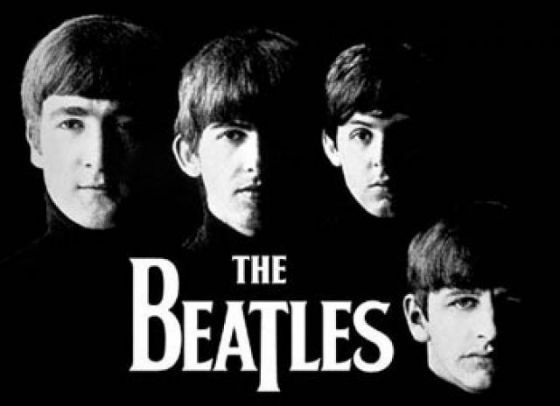 The Beatles left Liverpool for Hamburg in August of 1960. By the end of the 39 weeks they played there on four trips from 1960 to December 1962, Beatles biographer Mark Lewisohn estimates, the band played about 1,110 hours. On one trip to Germany, the band played 415 hours in fourteen weeks.

That's a dream job for a bunch of teenagers. But it was still hard: The early Beatles' shows were raucous, and they didn't like to repeat themselves on stage. Lewisohn's new book -- Tune In, an engaging, detailed narrative of the Beatles from before birth to the eve of the group's big break in 1963 -- offers revelations as to what helped the band with this exhaustive work schedule: prellies, an upper that has since been removed from the market.

Officially known as phenmetrazine and sold under the name Predulin, the drug was popular in Europe in the late 1950s and early 1960s. Prellies were especially easy to obtain in Hamburg's red light district, St. Pauli. Sold as a diet pill, prellies became the drug of choice for the Beatles and other bands looking to stay sharp and awake. Tony Sheridan -- whose "My Bonnie" features the Beatles as a backing band, the group's first recording -- helped introduce the Beatles to the drug in 1961, during their second trip to Hamburg. "Here's something to keep you awake," he reportedly told the group.

Old speed freaks wax nostalgic about prellies like they do every drug that's no longer around. It's "said by many old, old, incredibly old school speed freaks that phenmetrazine was a far superior drug to benzedrine or dexedrine," writes a user on drug discussion forum Bluelight (I cleaned up his spelling). A drug that metabolizes into phenmetrazine, phendimetrazine, is still available on the market. As a Schedule III drug, it can be prescribed in the United States -- but it rarely is. As you can tell by the lack of a clever slang nickname for phendimetrazine, it's not very popular on the recreational market.

Lewinson's book, the first of the All These Years trilogy, is an exhaustive look at the savage young Beatles. The group began as a quintet on their first trip to Hamburg with a different bassist (Stu Sutcliffe, an art school friend of Lennon who left the band amicably and died of an aneurysm in April 1962) and drummer (Pete Best, fired for Ringo Starr that same year). The book, available in a regular 961-page version or a 1,728-page special edition, details just how much the Beatles used prellies -- and copious amounts of alcohol -- during their early career.

George Harrison and Sutcliffe were regular users of prellies, but John Lennon was the heaviest in the group. "Two pills a night were more than enough for most," Lewisohn writes, "but John frequently took four or five, and in conjunction with hour after hour of booze he became wired, a high-speed gabbing blur of talent, torment and hilarity." He even tormented Paul McCartney into taking the drugs, like in an after-school PSA. Even after he started taking them -- "maybe I'd have one to last the night," McCartney said -- Lennon continued to torment him for not taking enough drugs.

There's a photo of four early Beatles (John, Paul, George and Pete) posing with prellies, looking maniacal. Pete Best points at the bottle of prellies in the photo, but that's not typical: He wasn't a drug user. Though he drank alcohol in Hamburg -- and hung out with a stripper while her husband was in prison -- he was opposed to using drugs himself. In 1965, the Beatles discussed Ringo's entry into the band, recalling Starr filled in when their drummer was sick. "He took little pills to make him ill," Starr told Playboy, almost offhand. Best sued over the allegations, and won a settlement in January 1969.

The Beatles hadn't kicked the drug habit by the time Ringo was installed as drummer and recording what would become their first hit. While recording "Please Please Me," Lennon offered a prellie to Bobby Brown (a girl who was then their fan club's president). "John had a fresh supply of prellies, some of which were still rattling in his suit pocket," Lewisohn writes. "Bobby's experience suggests every likelihood John was speeding at the session, which would also indicate a fair chance he wasn't the only one. The Beatles could play 'Please Please Me' well in every situation, straight or high, but they did it as such a lick here that the effect of a few... slimming pills can't be ruled out." On their first No. 1 hit, the Beatles are most likely on speed.

This wasn't like the more famous Beatles experiments with drugs later in the 1960s. For the Beatles, the prellies were more performance enhancing. The Hamburg scene in the early 1960s, drugs and all, is what turned an unknown group of teenagers into The Beatles. Speed kills, but it also helped produce the greatest band in the world.