LouFest: Police Report Zero Vehicles Damaged This Year, Down From 29 In 2013 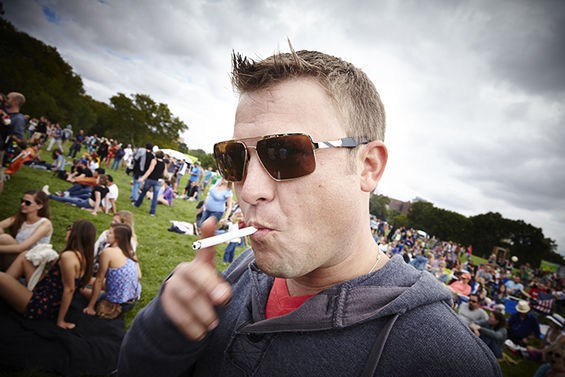 Last year, many LouFest fans leaving the festival were faced with a major buzzkill upon arriving at their cars. Police reported that a total of 29 vehicles were broken into last summer, with valuables stolen that included wallets, bags, electronics and even "personal papers," according to an incident report. The incidents spanned both days, mainly occurred at night and all of the victims were festival attendees.

This year, that number was lowered to zero.

Seeing no incident reports following this year's event, RFT Music reached out to the St. Louis Police Department to confirm.

"You are correct, there were no reports of vehicle break-ins in Forest Park over the weekend," SLMPD spokeswoman Leah Freeman told us.

We asked if there had been an increased police presence on account of the issues last year. "The department had a contingency of officers patrolling the event," Freeman said. "However, since this is a ticketed event, the event also hired security to also patrol the park."

So thanks to the efforts of added security and officers on patrol, there were no unfortunate surprises for folks leaving the fest in 2014. Here's to a break-in free weekend of music and food and fun in Forest Park! Write a big giant "one" on the "Years Without a LouFest Incident" board. Let's keep it up in 2015.

Make sure you check out all of our coverage from the event here.