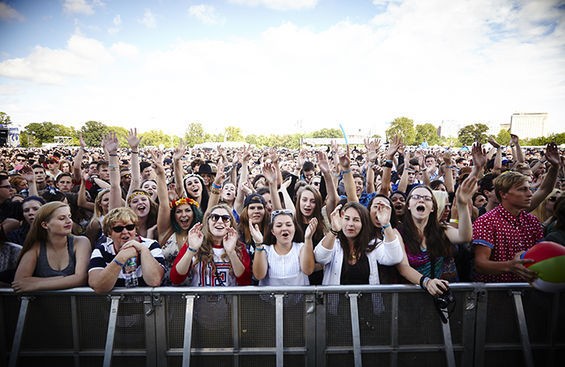 LouFest is finally happening! With 40-some acts converging on St. Louis' Forest Park for the two-day festival, St. Louis' music fans have plenty to keep them singing and dancing throughout the weekend.

RFT Music has several operatives in the field, watching and listening and cataloging and reviewing the festivities for you, dear readers. Click here to see our full coverage!

It takes a certain amount of determination to make one's way into LouFest. Be prepared for a seemingly endless trek through the woods to get to the grounds, and good luck finding a parking space less than three miles from the site. At one point in my journey, the path to LouFest was so indecipherable through the maze of trees, mud and online maps written in rare festie hieroglyphics that I gave up and flagged down every zoo employee I saw in a golf cart. I tried to pay them to drive me to "yes, where that music carnival is."

As it turns out, zoo employees like their jobs, and will not be fired over $10 in payment and goodwill toward others. Fine, I say to you. Live your life carefully feeding lemurs.

The trek was worth it anyway, because at the end of the rain and mire covered tromp was Big Brother Thunder and the Master Blasters. Its polyphonic soul-funk boogie-woogie was a beacon of salvation as I trudged along, echoing through the trees and behind the walls of Loufest. When I finally entered the festival, I found the stage and sat right down immediately. All I wanted to do was watch Drew Franklin play bass, as everyone who calls themselves fans of local music should make it a point to do. Even in the shadow of marquee names booked to corral the next generation of young festival fans, St. Louis' own BBT&tMB shined as a groove-flecked reminder of this city's exceptionally diverse and talented music scene. Worth the walk, worth the woods, worth the wait.

Continue on for more LouFest reviews.

Brooklyn's San Fermin could have whistled out of its collective asshole and still played the most composition-savvy set in the early hours of Day One. The band, spearheaded by classically trained composer Ellis Ludwig-Leone, is an amalgamation of contemporary classicism and well-crafted pop sensibility. Ludwig-Leone's acumen was on full display during new jam "Parasite." The track will not be in our grubby palms until San Fermin's next album, but certainly raises expectations about that upcoming effort.

A juxtaposition of Rebekah Durham's frittered, fiddle-inspired violin and propulsive hip-hop percussion, "Parasite" ripped apart San Fermin's set (otherwise consisting of songs from its first album), gazed downwards on its former incarnation and bellowed in Allen Tate's knee-weakening baritone. Oh, you loved the last album's sound? Well, I'm here now, and I do what I want.

The member of San Fermin who most embodied the bristled bravado of "Parasites" was vocalist Charlene Kaye. I had read accounts of Kaye's braggadocious stage demeanor, but seeing it for myself really brought the whole thing home. During "Sonsick," Kaye riled up to ballistic levels and shot guttural vocal riffs toward the crowd that could rival the roar of a lion. She performed like a woman indifferent to San Fermin's level of popularity, and behaved like her band, not Arctic Monkeys, were the headliners on Day One.

Her disposition affected the band, too. Trumpeter John Brandon and saxophonist Stephen Chen strode toward an audience whose taste for brass seemed insatiable during every solo. San Fermin's last song, a cover of the Strokes' "Heart in a Cage," gave the entire band reason to sauce itself up. Kaye and Tate conquered opposite monitors and shot each other so much side-eye that the vocalists could have overdosed on sass before Kaye (literally) laid herself on the crowd. At the end of the set, an audience member waltzed up to me, her eyes so large they peeked over her sunglasses, and enthusiastically announced, "They gave me chills!"

Continue on for more LouFest reviews. 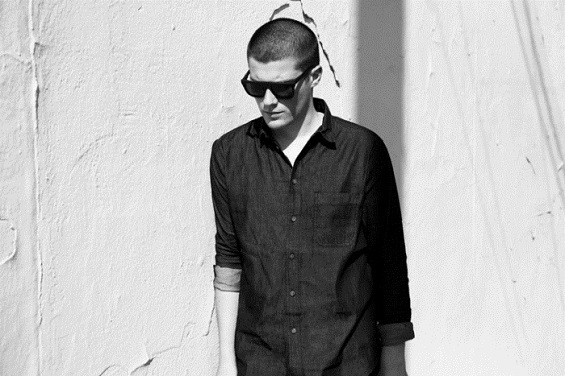 Remix Artists Collective troubled me live. I found myself questioning exactly what kind of "collective" this was throughout the entire set. RAC's ethos revolves around reinterpreting electronic/indie/popular hipster hip-wigglers to create albums chock full of remixes catchy enough to sweep one away into a sea of groove thaaangs and sing-alongs.

The issue is that, when recreated for live purposes, the set sounds like gifted musicians forced to play karaoke. Unless you are desperate for music stardom, or just completely out of your mind, don't punish your inner songbird with paltry representations of what you love to sing. RAC's albums have the ability to regenerate standbys like Temper Trap's "Sweet Disposition" from soundtrack fare to the sublime. But in a live setting, something is missing.