Pü Fest Is Real and Happening This Weekend 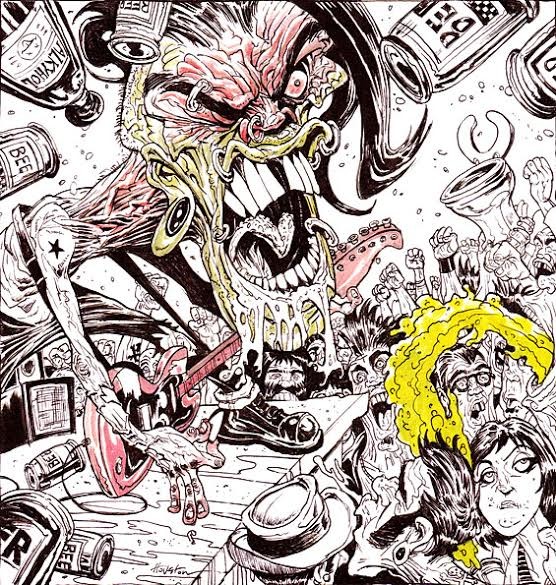 This Saturday and Sunday, September 6 and 7, more than 30 bands will perform in the basement of Empire Hall in south St. Louis for Pü Fest. The lineup, comprised of acts from all over the country, highlights the abrasive underbelly of American music in 2014.

Despite its tongue-in-cheek name, Pü Fest isn't meant to be a cynical jab at this weekend's mainstream-friendly LouFest. Local organizers Mike Herr, Luc Michalski and Patrick Boland only want to provide an alternative -- one with an intensely local component -- something LouFest is lacking, despite its name.

While Pü Fest's roster is packed with bands that loosely identify as "punk," there's plenty to love for fans of experimental music, too. And not all the sounds are strictly subversive -- a few of Pü Fest's bands are well-acquainted with large-scale festivals. New York's Perfect Pussy recently performed at the Pitchfork Media Festival in Chicago and Minneapolis band the STNNNG played London's All Tomorrow's Parties in 2012.

It's possible a few concertgoers might have a hard time deciding between the Pu and the Lou, so here's a compiled list of performers, complete with links to social media, music and streaming video. The bands appear in order of appearance on the festival's public schedule, but be warned that the lineup and times are all subject to change: