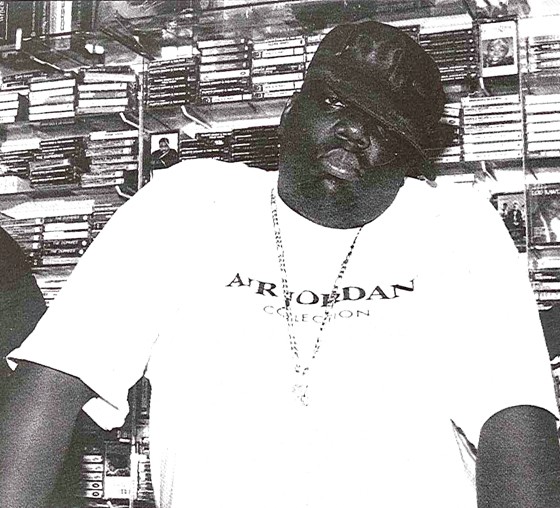 A lot of electrons have been spent this year on commemorating rap albums that came out in 1994. That's for two reasons: 1994 was twenty years ago, and twenty is a nice round number.

Oh, and also, a ton of rap albums that came out that year were amazing. Here are our ten favorites.

Vivid writer Nas captured the sights and sounds from his Queensbridge project window on lllmatic, over the Columbia Records-funded production of the then absolute best producers in hip-hop. Plus, the label provided unprecedented promotional support for the work, despite its not having much chance of crossing over.

Put all that together, and you have one of the most influential releases in the genre's history.

The only album arguably more influential than Illmatic in 1994 was Biggie's debut Ready to Die.

Having only been rapping for three years (!), his masterful arsenal of flows, unmistakable voice and outstanding lyrics were the perfect tools for Sean "Puffy" Combs to carry out his full cinematic vision. Albums don't really get better than this.

Don't let the Gap commercials and supporting roles in forgettable movies fool you; at one point Common was a rapper who was paranoid about not being a success.

Rap journalist Andrew Noz has attributed the greatness of Resurrection -- Common's sophomore work -- to "a changing man being infinitely more interesting than a changed man." Common, back when he had Sense, expresses his vulnerability without exploiting it.

One of the great unsung hot streaks of '90s rap labels was that of New York imprint Wild Pitch, and you could make a case that its finest release was O.C.'s Word...Life.

A&Red by MC Serch -- who also handled Illmatic -- O.C. created a mountain of quotables on his debut single "Time'z Up." Meanwhile, the album has unflinching grittiness throughout.

Pharoahe Monch and Prince Po were perhaps the most evenly talented rap duo in history. Perfectly matched with contrasting styles that accentuated each other, their sophomore album, Stress: The Extinction Agenda, went high concept, with stellar imagery and complex lyrics.

Another great thing about 1994 is how many great remixes there were that year, such as this Large Professor take on the title track.

Another evenly talented duo is, of course, Big Boi and Andre 3000 of Outkast. Before they were the ATLiens bringing you to Stankonia, they made their Organized Noize-produced debut in 1994 with Southernplayalisticadillacmuzik.

With a sound that's more Souls of Mischief than Goodie Mob, the album introduced a generation to Southern hip-hop.

That's not to say there wasn't an incredible lineage of Southern hip-hop prior to 1994. In fact, one of the region's finest emcees, Scarface, put out an absolute masterpiece that year with The Diary, which is outstanding at face value and finer with each listen.

In particular, Scarface deconstructs dealing with the media and its effect on his life. In my opinion, he is everything an emcee should be.

1994 also was the year Saafir's Boxcar Sessions came out, planting the seeds for an entire generation of underground, avant-garde hip-hop. It's a cult classic that's become a rite of passage for indie hip-hop fans.

Another great debut came from Devin the Dude's group Odd Squad's Fadanuf Fa'Erybody. An outrageously fun record, it's also subtle in its exploration of relationships. Scarface himself considers it the finest entry in the Rap-A-Lot catalog.

If you're over the age of 25, you either know all the words to Warren G's "Regulate" or you're not cool. Fear not though, there's still time to catch up, as the album Regulate...G Funk Era is full of well-aging bangers.