Editor: We've chosen to keep the author of this story anonymous to protect everyone involved from incrimination. The names below have also been changed.

I struggled with Lacey's pants. She didn't know what was going on, and she did not want me to take them off -- she resisted, clamping her legs together and pushing at my shoulders. I paused, closed my eyes, took a deep breath and then tried to make eye contact with her.

"Lacey," I said, in as soothing a voice I could muster. "Your pants are wet. I have dry ones right here for you. Let me help you change."

I lost track of the number of times I took Lacey to the bathroom to change. I'd been awake for about 36 hours and was exhausted, my head still buzzing with the drugs I'd ingested the previous evening. Definitely not my idea of a good way to come down. My roommate's sister had attended a rave with us the night before. I'd seen her throughout the party, smiling and dancing, pupils blown.

Something happened during the drive home, though -- when we arrived, Lacey couldn't speak; she made noises and seemed very agitated, but she was unable to express what was wrong in any articulate manner. She ground her teeth so hard I winced to hear it. And it wasn't too long before she also lost control of her bladder.

After hours of negotiation, Lacey was taken to the hospital. (I don't think any explanation was ever found for this strange little episode besides a nebulous "she took drugs" -- and that clearly was a factor. She recovered fully.)

I've done a lot of babysitting for people on drugs. That was one of the worst experiences on a physical level, but caring for people freaking out on a psychedelic drug is its own special kind of hell.

The "freak-out tent" at Woodstock was a space built into one of the first music festivals to accommodate some of the things that can go wrong when human beings get together en masse, listen to music and take drugs -- well, we don't have freak-out tents at musical events anymore, so it's up to the musical community to build our own.

When tragedy strikes at an event designed for entertainment purposes -- and particularly when it's music -- the scenesters and members of the musical industry tend to try to distance themselves from the disaster. There's always blanket condemnation of drug use and talk of increased security and decreased tolerance for drug use and abuse.

But the fact remains that humans seem to enjoy the simultaneous activities of taking drugs and listening to music. For me, the question becomes not what concert promoters and security companies can do to protect music-lovers from the dangers of drugs; the question becomes what music-lovers can do as a community to take some responsibility for each other and for the scene as a whole.

Personally, whenever I read another news story about someone who died as a result of drug use at a music festival, concert or party, my heart skips a beat at the tragedy of it all, first and foremost; that could easily have been me or someone I love.

And then I wonder about the circumstances that caused that death. Did the unfortunate who died purchase their drugs from someone they knew? Or a random dealer in the crowd? Did they understand what the effects would be? Were they taking more than one drug, and in what combinations, and did they know what the effect of that would be? Who came with them to the show? Where were they when the unthinkable happened? Did they have any reason to be worried about their friend?

I'm absolutely not attempting to shift blame for drug-related deaths at music events onto anybody. But I do think that, as humans, we have a collective responsibility to our fellow people -- even when (especially when) we're listening to music and taking drugs together. Responsibility in this realm, of course, does not equal a nanny state, at least not in my mind. But I think there are some simple guidelines we can all follow to help make our festival fields, concert spaces and dance floors a little bit safer.

1. Know your limits. Try not to be that person who gets too fucked up to function at a show. Believe me, it's not fun to be the babysitter when you were expecting to enjoy yourself.

2. On the flip side, if you do make a mistake and go overboard once, learn from that mistake and don't repeat it. If you've had more than one bad experience with a particular substance, acknowledge that it might be time to throw in the towel with that specific party enhancer. Again: KNOW YOUR LIMITS.

More advice is on the next page. 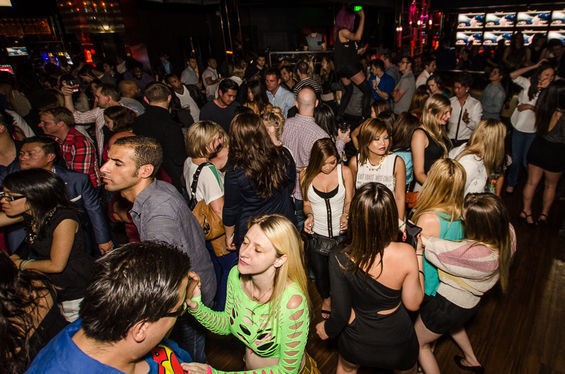 3. Try not to buy drugs from strangers. At the very least, try to get a recommendation from a friend. I've met drug dealers I didn't know who sold me quality product with which I had an enjoyable evening, and I've met others selling shit that caused mass freak-outs at events because it wasn't what the dealer said it was. Buyer be-very-ware.

4. Educate yourself. I've talked to party girls spun out of their skulls on pressed molly who were horrified at the offer of a little pot-smoking session, explaining, "I only take pills because they aren't real drugs." Regardless of whether you approve of marijuana, I think we can all agree that this stance is ridiculous. Learn as much as you can about what you're ingesting, what it's doing to your brain and body, the risks and the potential side effects. It should go without saying, but just in case: If comes in a pill form -- even if it comes from a pharmacy -- that doesn't mean it's a risk-free substance.

5. Educate yourself some more. You'll make friends at shows -- friends who might offer you free drugs, which is always fun. So know what free drugs might be available to you, and then determine the free drugs you'll accept with a smile and which ones you'll politely but firmly decline, and keep those boundaries crystal clear in your head, because you won't be thinking at your best if someone offers you more drugs after you're already under the influence. And if you are already under the influence and someone offers you more drugs, it's good for your life expectancy to know how those drugs are going to interact.

6. Buddy up. If your plan is to go to a show and take drugs, make sure there are at least one or two people in attendance you can trust, and that you will check in with someone throughout the night.

7. Look out for your friends -- and other people, too. If the girl standing next to you who you've been chatting with suddenly seems disproportionately messed-up, and the dude standing next to her, whom she's given no indication of knowing at all during the evening, is trying to lead her away, you have a responsibility in that situation. Step up. Say, "Excuse me, that's my friend," and wait for an explanation about what he's doing -- even if you just met. That's a lot easier with people you know, because you can identify normal and abnormal behavior more readily, but I think it behooves all of us to make musical spaces safe spaces for everyone and call out creeps.

8. If despite all of your precautions, shit is still hitting the fan, then do the right thing and get medical attention as soon as possible. Even if your religious family will be mad at you, even if you'll have to talk to cops while you're high. There are a lot of things in life you can overcome, including criminal charges and court cases; death, though, isn't one of them, and there's too much beautiful music in the world to leave it early because someone -- maybe you -- lacked a little responsibility and perspective.