These Bracelets and Headbands Let You Sneak Weed Into Festivals 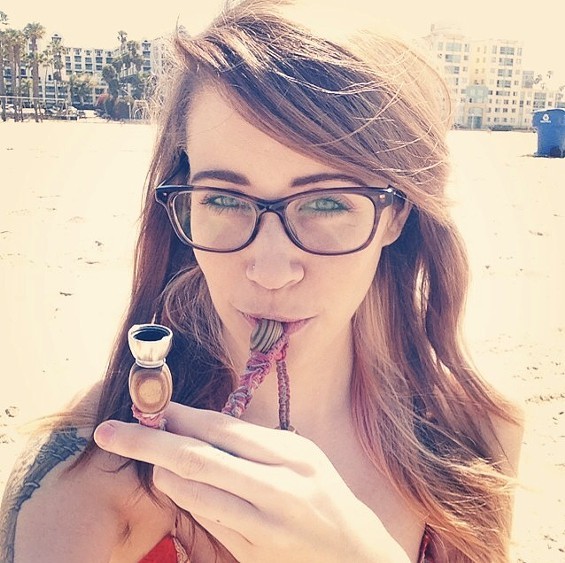 The toughest thing about festivals like LouFest is figuring out how to sneak your drugs inside while wearing as little clothing as possible. Is there really a good way to do it without sticking something up your butt?

See also: Doing Drugs This Weekend? Here's How to Not Get Caught

Enter the Secret Smoker Bracelet, a colorful hemp-braided wrist accessory that unscrews to reveal a nickel bowl and wooden-bead mouthpiece. It complements the Secret Smoker Headpiece, a headband that camouflages your intentions with three festival-friendly fabric flowers.

The products are the brainchild of sunny, pink-haired pothead Megan Arseneaux, who says she sells about 25 to 35 a week on her Etsy shop, under the name Alice Moon.

Born in New Orleans, Arseneaux, now 25, moved to Los Angeles four years ago. She decided to stay after falling under the charms of the city's creativity and nearly legal cannabis. 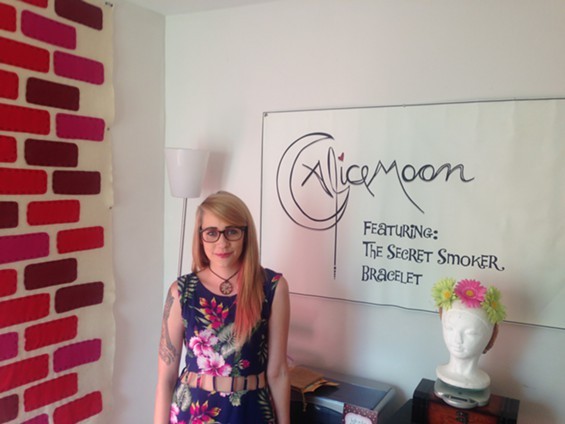 Arseneaux spent a year perfecting her creation's design while working at a pot shop in Santa Monica. After the dispensary moved to Inglewood -- where, as she puts it, "the clientele didn't want a white girl advising them on their marijuana" -- Arseneaux began to focus full-time on her Etsy store. From her bungalow, she drilled beads, braided hemp and Instagrammed up a storm. Within a year, she was selling so many bracelets that she developed carpal tunnel syndrome and had to hire some helpers.

One promotional video on her Instagram account shows a willowy girl with ombre hair twirling at Joshua Tree to the sounds of Best Coast, before detaching her flowered headband and lighting up. You get the sense this is her target customer.

Each bracelet or headband takes about three hours to make, so inventory is sometimes in short supply. Recently she posted five new bracelets on Etsy and sold out within an hour. But with bracelets going for $35 and headbands for $75, Arseneaux is doing well.

Although she wants to keep the products handmade and "legit," bigger companies have already started selling cheap, mass-produced knockoffs, which customers complain quickly fall apart. The Secret Smoker Bracelet, however, is durable. As lovecookiedough commented in one of Arseneaux's nearly 70 five-star Etsy reviews: "This little device is probably one of the best inventions since the wheel. Who ever said smoking isn't cute?"