The Best Concerts in St. Louis From August 25 to 31

This week, KISS comes to town along with a handful of other great touring acts -- large and small. A five-band punk bill promises to provide one more hot summer night at Melt, Songbird Cafe constrastingly cools down the Focal Point, Brooklyn's Fielded brings her future pop to the Luminary and much more. Read on for this week's recommendations, and stay tuned until Friday for even more picks for the weekend. 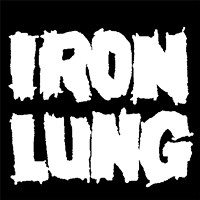 Iron Lung Tuesday, August 26 w/ Una Bestia Incontrolable, Renegade Assault Talk, Impalers, Lumpy & the Dumpers @ Melt 9 p.m. | $10 By JImmy Eberle From "The Best St. Louis Punk/Hardcore Shows: August 2014": This is the mega-daddy of DIY end-of-summer shows, especially with four touring bands. Iron Lung is one of the longest-running current-era powerviolence bands in the country. The two-man wall of blast insanity hasn't been to town in a while, and if we want to continue getting shows of this caliber all the punx/kids/nerds/dorks/dweebs should mob up deep and hard to get lost in a waffle tornado at Melt. Lumpy is the only local. He will probably think of something to make the occasion very special and disgusting.

Songbird Cafe Wednesday, August 27 w/ Jack Grelle, Jenny Roques, Ryne Watts, Suzie Cue @ The Focal Point 7:30 p.m. | $12/$15 By Roy Kasten From the 2014 RFT Music Awards: As long as St. Louis has had punk music, it's had musicians like Jack Grelle who have crossed the lines between punk and roots cultures and figured out how to make something new out of where they're coming from. Finding a home on the Big Muddy Records label, Grelle gives an outsider's edge to country music that fits right in with that label's Midwestern punk-blues ethos. He's a clever, natural storyteller, with a voice that recalls gravelly John Prine, and with the Johnson Family Band behind him, he's getting better and better at the essence of hillbilly music -- to make you dance, drink and leave your cares outside the honky-tonk door.

KISS Thursday, August 28 w/ Def Leppard @ Verizon Wireless Amphitheater 7 p.m. | $24-$900 By Jaime Lees From this 2012 show review: The stage show is as big and loud and complicated as you could ever wish for, with pyrotechnics, moving pieces of stage floor, drooling/spitting blood, aerial lifts, a perch for Gene Simmons up in light rig scaffolding and a spinning platform for Paul Stanley out in the audience. (He used some sort of automated zip line to zoom there straight from the stage and it was my favorite part of the night.) Before tonight I already knew that Stanley was my favorite, but he reinforced that bias all night with his obvious love for the fans. He threw out guitar picks at every possible moment, waved at kids and made kissy faces at all of the ladies in the front rows. Dreamy.

Fielded Friday, August 29 w/ Skull's Mind, Ou Ou @ The Luminary 9 p.m. | $10 By Joseph Hess From "The Best St. Louis Noise/Experimental Concerts: August 2014": If the music scene were a high school (sometimes it really feels that way) Fielded would sit somewhere between the goths and punks, taking every chance she had to make friends with both. What Chicago artist Lindsay Powell achieves with Fielded is remarkable. Her crooning voice folds unto itself in loops while sharp beats punctuate the proceedings. Powell invokes basement post-punk of the early '80s, but does so with a pile of sequenced sound. This is audible cyberpunk. It's music to play while wearing sunglasses at night -- to protect your eyes from the blinding neon lights of Neo-Tokyo, of course.

The Weirdos Friday, August 29 w/ Ded Bugs, Al Bundie's Army, Black Panties @ Atomic Cowboy 7 p.m. | $10 By Mabel Suen Los Angeles punk rockers the Weirdos come to town for a throwdown on the Atomic Cowboy's outdoor stage. Formed in 1976, broken up in the early '80s and reunited in the '90s, it's credited as a seminal band from punk's first wave alongside Dangerhouse labelmates including X. Check out this live footage from 1978 for a blast from the past and preview of the patio party to come.

Tom Hall Saturday, August 30 @ BB's Jazz, Blues & Soups 7 p.m. | $5 By RFT Staff From this archived write-up: All right -- he ain't exactly a band, and he ain't terribly old, neither. But Tom Hall has made the rounds at enough local bars and as the featured guitarist in enough bands to make him an ambassador of acoustic blues music (we'll wait a few years to give Hall the "living legend" tag). And while Hall may have many more years ahead of him, the music he plays certainly qualifies as old, though to hear the singer and guitarist play is a reminder that the spirit of the blues lives on through its practitioners. Hall's resonant, weathered voice is a perfect fit for his percussive style of picking, and his mastery of Delta blues has made him a mainstay at bars like B.B.'s Jazz, Blues & Soups, Iron Barley and Dressel's.

Tommy Halloran and Guerilla Swing Saturday, August 30 @ St. Louis Premium Outlets 2 p.m. | free By Christian Schaeffer From the 2014 RFT Music Awards: You don't have to work too hard to hear Tommy Halloran's sweet, craggy croon. The singer-songwriter is a fixture at saloons across town, but do yourself a favor and lean in to hear his craft over the clinking glasses and idle chatter. Halloran's post-war jazz guitar style is amber-hued, brimming with imagined nostalgia, and with his outfit, Guerilla Swing, he is able to transform jazzy clusters of chords into a full-band workout. His latest, Under the Catalpa Trees, might be the most aptly named local release this year: It's easy and breezy for sure, but it's got deep roots.

Marquise Knox Sunday, August 31 @ Beale on Broadway 10:30 p.m. | $7 By Roy Kasten From the 2014 RFT Music Awards: Blues, it has been said ad nauseam, is a feeling. Yes, and so is boredom, which is what the vast majority of guitar-slinging, guitar-face-making, Guitar Center-stalking wannabes inspire. The blues, it should be said, can be extremely hard. Marquise Knox knows that, even though at the age of 23 he makes it look and sound easy. A thrilling performer with a voice that cuts as deeply as his skill on the electric guitar, Knox recorded his first album when he was just sixteen, and he has continued to grow as a musician in the tradition of Albert King and Muddy Waters. A manchild no more, he is a bluesman, and one of the most powerful ones you'll ever hear.