The Best Concerts in St. Louis From August 18 to 24

This week, locals Everything Went Black kicks off a tour at the Firebird and FarFetched's Blank Generation makes its debut at Schlafly Tap Room. More featured shows include Otis Gibbs at Off Broadway, Zero Boys at Fubar and ZZ Top at Verizon Wireless Amphitheater. Read on for these recommendations and more.

Everything Went Black Tour Kick-Off Monday, August 18 w/ Alan Smithee, Fumer, Heavy Horse @ The Firebird 8:30 p.m. | $10 By Ryan Wasoba From the 2014 RFT Music Awards: Everything Went Black, and it never went back. You could interpret that (accurately) as a bad joke, or see it as a commentary on the band's commitment to metallic hardcore. Formed in 2009, EWB has only become more vicious with time. Frontman Brandon Hoffman has the lungs of a man three times his physical stature, and the remainder of the quintet has road-tightened into a national-caliber band. The group has often drawn comparisons to iconic hardcore veteran Converge; today, the similarity has as much to do with Everything Went Black's stamina and energy as its stylistic choices.

Ed Schrader's Music Beat Tuesday, August 19 w/ Self Help, The Union Eletric, Bad Dates, Dishpit @ Station House 8 p.m. | $7 By Joseph Hess From this 2014 preview: How one man could grip groups of showgoers with only his voice and a floor tom remains a mystery, but Ed Schrader traveled across America for three years doing just that -- slamming stick to skin and howling from the chest. Ed Schrader's Music Beat was born when the project expanded by merely one member -- bassist Devlin Rice. The duo's minimalist take on outsider pop is percussive and visceral, with brief songs saturated with catchy hooks. Schrader himself pours an honest narcissism into the set, blowing kisses at the crowd between bouts of flourished vocals. Shirtless and contorted, his onstage persona does more to magnetize the crowd than to offend it. Openers the Brainstems, which we named "Best Band to Die in 2013," returned with jangly garage rock in tow earlier this year. So instead of mourning the ones we lost, let's all celebrate the bands who are still around, right?

Otis Gibbs Wednesday, August 20 w/ Edward David Anderson @ Off Broadway 8 p.m. | $10 By Roy Kasten You might reckon that every Midwestern town has an Otis Gibbs: a denim-clad songster with lefty politics, a feed cap, a sandpaper voice and a rucksack full of story-songs about hard-living and dying. But few are blessed with his humor and work ethic -- he's a photographer, podcaster and prolific record maker -- let alone his peculiar stripe of genius. You can hear it in a new song like "With a Gun in My Hand," as honest and devastating an anti-violence anthem as any his idols, Springsteen or Guthie, ever wrote.

Christopher Denny Thursday, August 21 w/ Strand of Oaks @ Off Broadway 9 p.m. | $10-$15 By Roy Kasten "It's a Southern tradition," Christopher Denny says, but he's not talking about the music on his new album If the Roses Don't Kill Us. He's talking about drinking (and pill-taking, in his case), which, true to tradition, probably should have killed the Arkansas native. Instead, he just made the record of his career, a suite of songs as yearning as the ineffably high, Orbison-esque twang in his voice and as redemptive as the churchly organ that spills around him. He may not have friends in high places, but with his talent, Denny doesn't need them. Denny opens for Timothy Showalter, aka Strand of Oaks, whose brooding, experimental folk rock will hold your attention past last call. 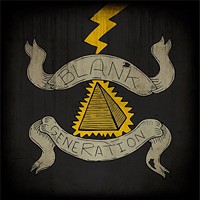 Blank Generation Album Release Friday, August 22 w/ Franco-Hill @ Schlafly Tap Room 9 p.m. | free By Tara Mahadevan From "The Best St. Louis Hip-Hop Shows: August 2014": The Schlafly Tap Room does it again, this time with FarFetched's Blank Generation, a collaborative project that serves a huge purpose. Created by St. Louis' LooseScrewz and Hearskra-Z, Blank Generation's aim is to unify St. Louis through its fusion of punk rock, hip-hop, funk, soul and pop music. Blank Gen will be debuting its new project with perfect execution by Charlie Cerpa on sax, Andrew Gibson on drums and vocals, David Huber on bass guitar, Matt Lyons on guitar, Jelani Buchanan on keys and Hearskra-Z on vocals. Arrive on time to catch a set by Franco-Hill.

Dave Stone Trio Friday, August 22 @ Mangia Italiano 11 p.m. | free By Nick Horn From the 2014 RFT Music Awards: If you've never heard of Dave Stone, you are out of the loop. In addition to his more than twenty years of contributions to St. Louis' noise and free-improvisation scenes, Stone's trio -- composed of himself, bassist Bob DeBoo and drummer Kyle Honeycutt -- has got to be breaking some kind of record with its nineteen-year-long Friday night residency at Mangia Italiano. The pianoless trio -- all three accomplished players in their own right -- slays standards, throwing in the odd original and even a bit of free playing. If you're a jazz fan and you haven't yet seen the Dave Stone Trio, cancel your plans this Friday and head to Mangia. You won't regret it.

Zero Boys Saturday, August 23 w/ Pencil Dicks, The Humanoids, The Spiders, The Kuhlies @ Fubar 7:30 p.m. | $15 By Jimmy Eberle Apparently we left a great impression on the Zero Boys back in January, so the group has decided to come back for a rowdy little summer nightcap at one of St. Louis' finest clubs. If you aren't familiar, the Zero Boys wrote one of the best records in all of punk, 1987's Vicious Circle LP. If a listen or two of that doesn't make you want to pogo, you probably have some kind of molecular poseur disorder. Maybe, if we're lucky, the band will do that cover of Dow Jones and the Industrials' "Can't Stand the Midwest" again in the middle of the classic slam jams. We can hope.

Multicult Sunday, August 24 @ Melt 9 p.m. | $5 By Joseph Hess Power-trio Multicult bares comparison to two other recent grunge revivalists: Roomrunner and Dope Body. All three bands hail from Baltimore, proof that something powerful is lurking in the drinking water there. By and large, Multicult hasn't yet received the same accolades as its peers, and that's a damn shame. The band's 2012 LP Spaces Tangled is still as resonant as it was two years ago, and the album's title doubles as an apt descriptor. By tangling the genre conventions of grunge the trio injects intricate riffs over striking, straight-forward beats. The drums are especially heavy handed, giving the live show a distinct percussive volume (not every drummer can be so completely lead-footed). Strip away the fancy bells and whistles and Multicult leaves it listeners with pure, high-grade rock & roll.

ZZ Top Sunday, August 24 w/ Jeff Beck @ Verizon Wireless Amphitheater 7 p.m. | $15-$145 By Rick Giordano With over 40 years under it's belt, the planet's most beloved boogie rock band offers something for everyone, from those who like cocaine to those who just like hanging out with Great Danes. They may be getting on in age, but singer/guitarist Billy Gibbons and bassist Dusty Hill still possess enough swagger and charisma to charm an audience for hours with an unlimited arsenal of instantly recognizable blues rock riffs. Drummer Frank Beard sometimes seems to have a hard time keeping up with that enthusiasm these days, but what do you expect from a 65-year-old man with eleven gold and seven platinum records full of tracks to jam out every night?