This Saturday night will see Minneapolis' Much Worse making its annual appearance in the Cherokee Street neighborhood. This band is a must-see for anyone who gets goosebumps from fast hardcore with abrupt, curveball time changes. Most people who attend hardcore shows are under the impression that you have to wait for a breakdown to go off and slam one another into the walls. This is fine, but you don't have to just stand there nodding during the fast parts -- they are there for a reason. That reason is for you to run across a room into a pile of strangers or stage dive off of a folding table and risk blowing out your spine/joints. We all look stupid, so get stupider.

Apparently we left a great impression on the Zero Boys back in January, so the group has decided to come back for a rowdy little summer nightcap at one of St. Louis' best clubs. If you aren't familiar, the Zero Boys wrote one of the best records, period. If a listen or two of that doesn't make you want to pogo, you probably have some kind of molecular poseur disorder. Maybe they'll do that cover of Dow Jones and the Industrials' "Can't Stand the Midwest" again in the middle of the classic slam jams off of Vicious Circle. 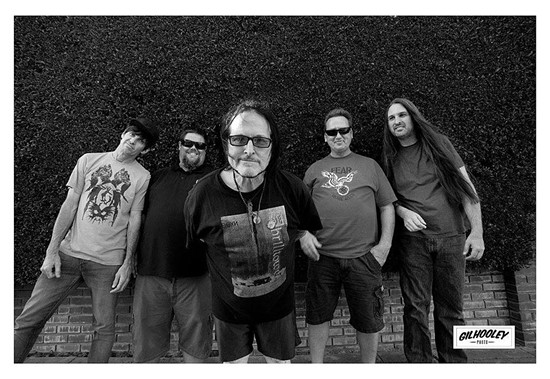 Email newsletters for bands at ReverbNation.com

Rikk Agnew is one of the chief songwriters behind unfuckwithable grandfather DIY bands like the Adolescents, D.I. and Christian Death. This show will be a history lesson, with the rumor being that he plays some of the songs from each of the aforementioned bands. Plus, his new band is pretty killer too, sounding like a more polished, modern take on what his former bands did -- or when solo projects are actually worth a damn (ahem...Bruce Dickinson). Also Josh Violent (of Very Metal fame) will be getting hammered and playing banjo to a plethora of punk classics at this show. It will be a a sight to behold.

This is the mega-daddy of DIY end-of-summer shows, especially with four touring bands. Iron Lung is one of the longest-running current-era powerviolence bands in the country. The two-man wall of blast insanity hasn't been to town in a while, and if we want to continue getting shows of this caliber all the punx/kids/nerds/dorks/dweebs should mob up deep and hard to get lost in a waffle tornado at Melt. Lumpy is the only local. He will probably think of something to make the occasion very special and disgusting.