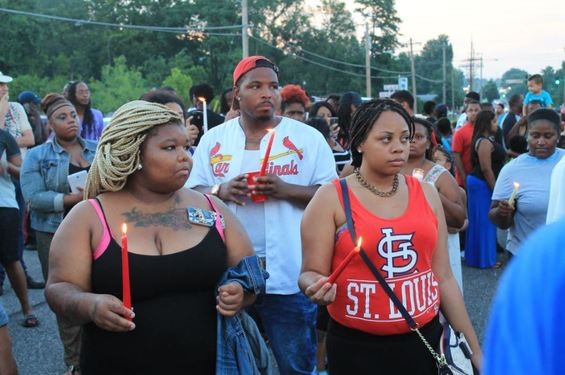 The family of Mike Brown, an eighteen-year-old Ferguson teenager shot and killed by police on Saturday, August 9, has said that the young man recently took up a passion for music, with an interest in sound engineering and plans to study at Vatterott College next week. According to his grandmother, Desuirea Harris, "All he wanted to do is make music."

"Everyday he made one or two more records," she explains. "He rapped about life in general -- about what he went through and people went through. Just life."

Brown rapped under the name "Big Mike." If his SoundCloud page is any indication, his musical fascination was a recent one -- according to his family, he had become obsessed with making it as a rapper after graduating high school this spring. His first upload on the music-streaming service is dated July 24, only eighteen days ago.

While Brown has been described as a "gentle giant" and "a big teddy bear," his tracks are filled with the usual guns-and-money bluster one might expect from a trap-rap artist. His family has explained that this was all part of the act -- that he was simply imitating the lyrical content of his musical idols. Shouts of "Squad" during freestyles suggest influence from popular trap label 1017 Brick Squad Records, known for its releases by Waka Flocka Flame, Gucci Mane, Chief Keef and others. 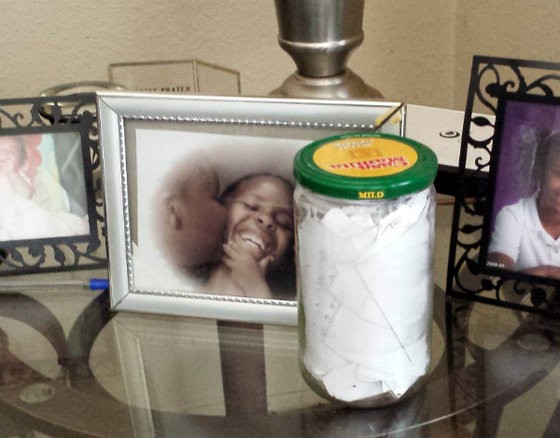 Here are some lyrics from Brown's track "SMH": Devil get off my back / I'll knock you off your feet / Another man down in my city

And here are some from "Rise and Grind": 'Til I die rise and grind / gotta get mine / no nine to five / 'til I die

But seemingly in conflict with the clichéd talk of "money over everything" and his alleged success in the rap game (more obvious braggadocio, considering he had been at it for such a short time) there are lines about how he "would like the chance to go back to school" and how his "stepmom is [his] best friend" -- a stark contrast from the typical lyrics that populate the trap genre.

From a freestyle dated August 5: Proud graduate for Mom and Dad / proved everybody wrong / wishing hoping and praying I can bring my n****s along

Brown put his home phone number on the SoundCloud page as well, and his family says he had received calls of encouragement from people in New York City and Atlanta. Their positive feedback pushed him to continue following his dream. The last activity on his page was an upload of himself and frequent collaborator Luh Vee, posted on Thursday, two days before he was killed.