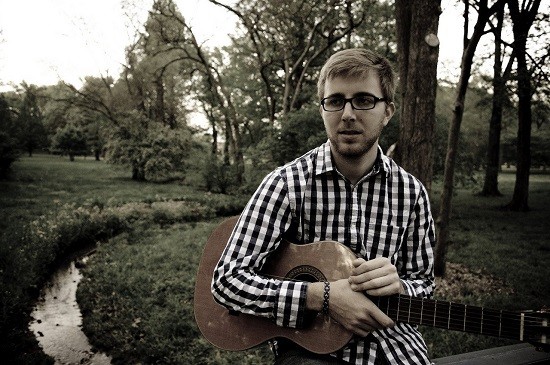 John Donovan has chosen the term "bedroom folk," among others, to describe his style, and there's plenty on the singer-songwriter's latest EP that aligns with that tag. He strokes his acoustic guitar gently and can convey emotion and depth without much volume or manipulation. As in most folk songs, the focus is on the lyrics, and Donovan proves to be an adept lyricist -- he shows striking flourishes and turns of phrase while working within the folk genre. 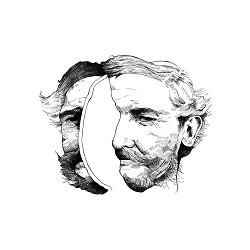 Donovan's last work, 2013's Via Crucis, was a fourteen-song meditation on the Stations of the Cross, but instead of overt religious references, he is comfortable mixing the sacred and the profane on Bernadette. It's hard not to hear Dylan's obscure mysticism and Cohen's holy sensuality with lines like, "So when your sacred ghost cries like a lonely host, I hope you'll come back around," as heard on "Please Don't Cast Me Down."

That kind of language populates these five songs, which work together to make up an oblique story line that's not so much a narrative as it is a collection of like-minded feelings and mood pieces. The titular Bernadette appears by name in a few songs; in others she's more of a ghost, an unattainable, unknowable figure that haunts the corners.

The EP gets a lift when Donovan takes the folk out of the bedroom and nudges it toward the cosmos. "Tell My Love" shimmers with the background modulation of a phaser pedal, and the light electric-piano touches help create a gentle swirl. Donovan uses the song to channel some late-period tracks by the Band, even if his voice isn't as high and emotive as Richard Manuel's (few are). Ambient keyboards and rudimentary percussion help turn the title track from a rote love song into something that can reference the Book of Revelation while injecting a la-la-la lightness and pop sensibility.

And that ends up being a workable balance for Donovan on this EP -- religious devotion to earthen vessels backed by a folk-song format that isn't afraid of cutting loose.

Listen to the full EP below: