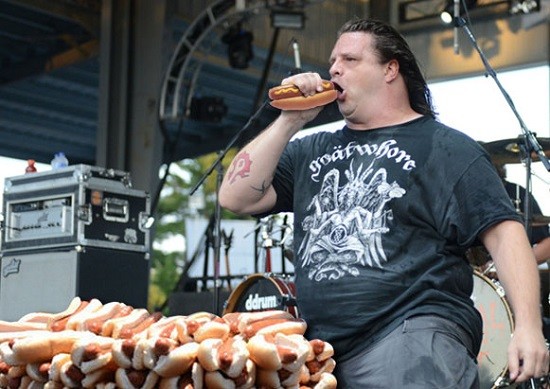 Cannibal Corpse frontman George "Corpsegrinder" Fisher put on an impressive showing at the Gathering of the Juggalos' Hot Dog Eating Challenge this past weekend, taking home top honors with a staggering score of 112 -- beating record-holder Joey Chestnut's top score of 69 by 43 full wieners.

In the photo above, you can see that Fisher started strong, easily cramming dog after dog down the superhighway of food he calls his throat, located within the freakishly massive tree trunk he calls his neck. Shouts of encouragement rang out from the crowd as Fisher announced that he was "created to grill" and began using both fists to shovel down the ballpark delights. 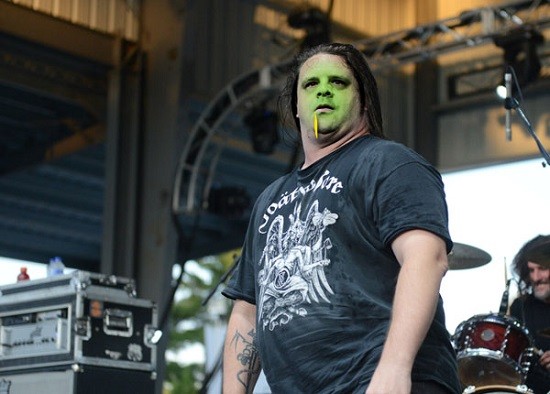 Suddenly, Fisher was struck with indigestion. "Sentenced to heartburn!" he cried aloud, turning green with discomfort. At this point in the competition, it seemed as though the culinary conqueror would be forced to throw in the towel. 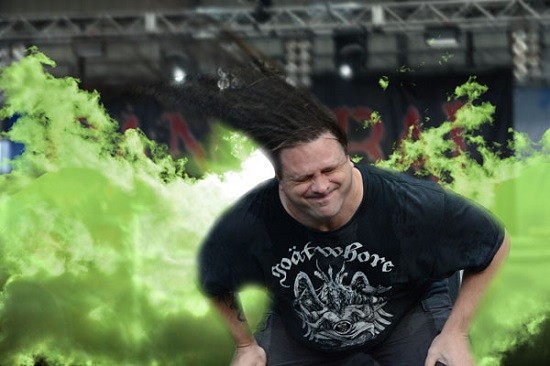 In a feat of pure athleticism and fierce competitive will, Fisher found the strength to carry on, freeing himself of unwanted gastric pressure and pushing forward to victory. "The time to grill is now!" he cried as he finished his 70th dog -- the record breaker -- then smiled and boldly began consuming more, vowing that there would be "relentless eating" until his hunger was satiated. 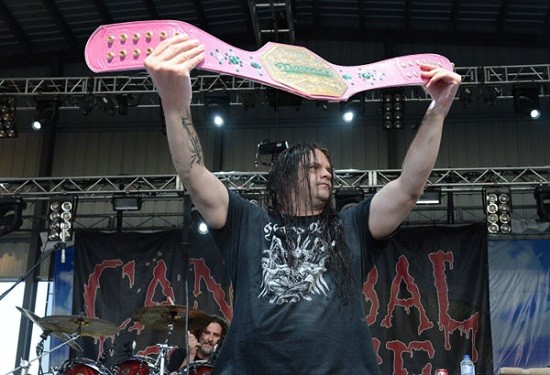 With all of the hot dogs in the building consumed, Fisher held the championship belt high and thanked the competition for the "feasts of sodium" before wondering aloud whether there was really "nothing left to marinate." When asked after the competition why it is that he competes in these challenges as a successful death-metal artist, Fisher simply replied, "To fill myself."

[Editor: This may not have actually happened. But you should definitely check out these photos of Cannibal Corpse performing in the daylight at the festival.]

And now, here is a list of the best Cannibal Corpse food puns we thought of while writing this story (hold your cursor over the links to see source material): 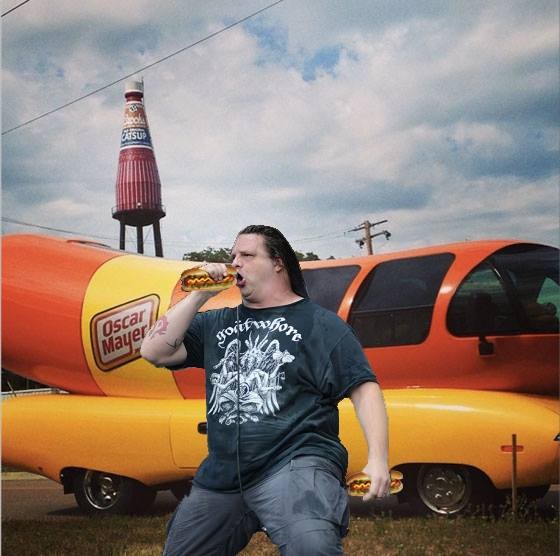 (Thanks to B9, Facebook and inimitable Photoshop master Tom Carlson.)