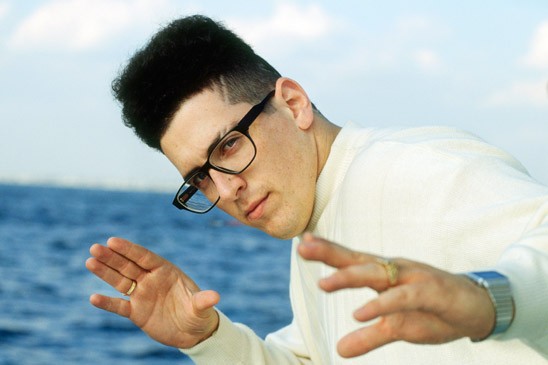 This year marks 25 years since The Cactus Album, the debut release by legendary New York hip-hoppers 3rd Bass. Released on Def Jam, backed by Russell Simmons' Rush Management and produced in part by the Bomb Squad (best known for its work with Public Enemy and Ice Cube), The Cactus Album boasted impressive hip-hop credentials. Not bad when you consider that MC Serch and Pete Nice were the first white rappers, other than the Beastie Boys, to earn such credibility in the hip-hop scene.

None of it would have happened, however, had Serch taken the voice scholarship that the St. Louis School of Music offered him after high school.

This revelation appears in the forthcoming book Check the Technique Volume 2: More Liner Notes for Hip-Hop Junkies. As in his first volume, author Brian Coleman dedicates one chapter apiece to about 25 classic hip-hop albums. In The Cactus Album chapter, previewed here, Serch explains that he graduated from LaGuardia High School of Music & Art and Performing Arts in 1985 with a major in singing and voice.

"I got offered a voice scholarship, Italian opera to be specific, from the St. Louis School of Music," Serch said. "My mom figured that's what I would do, of course. But I was so enthralled with b-boy culture and everything about it, I just couldn't imagine going there. Being an opera singer was the last thing I wanted to do. I just happened to have a beautiful voice. But I didn't want to do any of that shit."

So Serch stayed in New York and made three albums with 3rd Bass (none of which include operatic interludes). He eventually executive produced Nas' epochal Illmatic. For that reason alone, it's probably best for everyone involved that he didn't come to St. Louis. But what if he had? We like to think that he would have drifted into hip-hop anyway, except that he would have been rapping about regional topics instead of "Brooklyn-Queens." He could have even beaten Ice Cube's St. Louis-based "My Summer Vacation" to the punch by a couple of years.