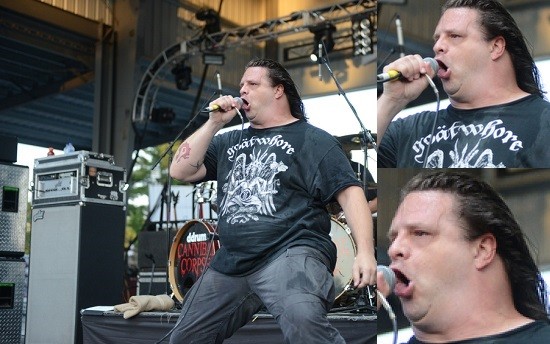 This past weekend, Cannibal Corpse performed at the Gathering of the Juggalos. The band was slotted to play earlier on the festival's main stage -- uncommon for the all-time top-selling death metal band in the country, who normally performs later, and under the cover of darkness.

See also: Our complete Gathering of the Juggalos coverage

Now, I'm not typically one for quoting the bible, but I am reminded of a passage:

John 3:20 "For everyone who does evil hates the Light, and does not come to the Light for fear that his deeds will be exposed."

And exposed they were. Behold, the intensely evil Cannibal Corpse, performing in broad, sunny daylight, for a crowd of juggalos: 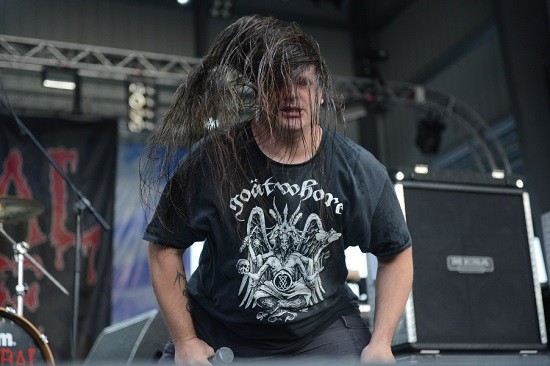 George "Corpsegrinder" Fisher, a man whose neck is thicker than his head. 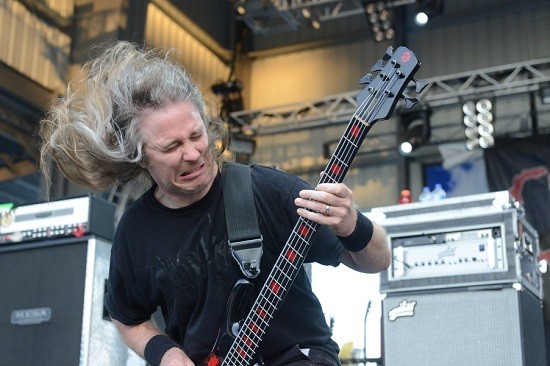 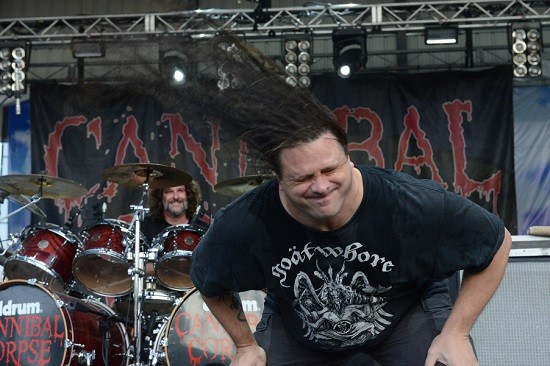 Drummer Paul Mazurkiewicz is all smiles behind the kit, lapping up the sunshine. 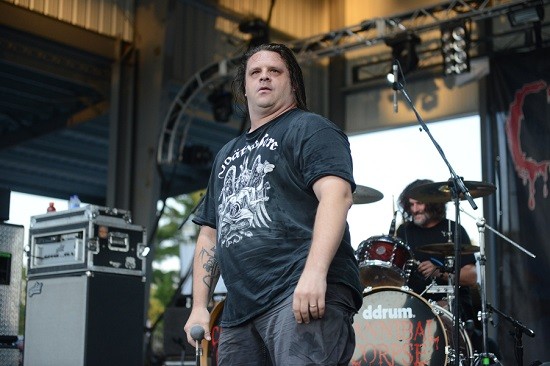 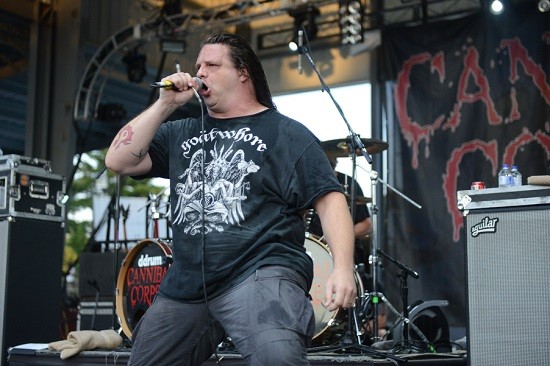 Asdfghjkl. I just can't even.

And how was the band received by the crowd full of wicked clowns? 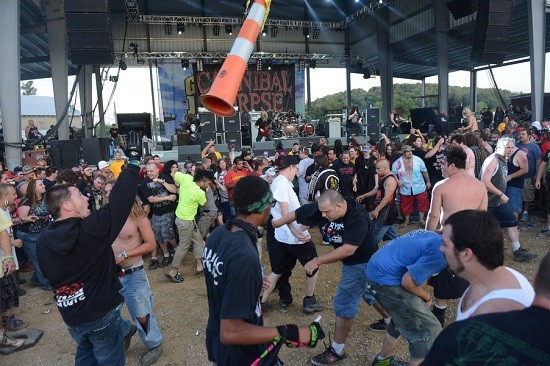 Safe to say they were into it.