Ten Reasons Juggalos Are Better Than You 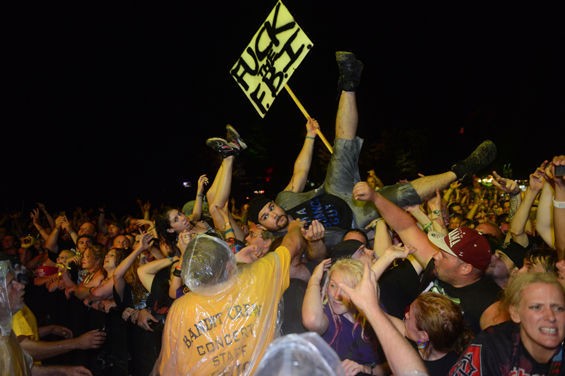 Life sucks. There is a multitude of reasons why, and no one has come to terms with this inescapable truth better than juggalos. Zen masters of nihilism and partying, they have become unquestionable experts at finding creative ways to cope with the unrelenting pain of reality.

Behind the fun-at-any-cost, consequences-be-damned attitude of these clown-painted fiends lies a cache of truly virtuous and respectable traits. You might be unable to comprehend that people who seem so strange might have something profound to teach you, so we've put together this list, outlining just what it is that makes juggalos better than everyone else. 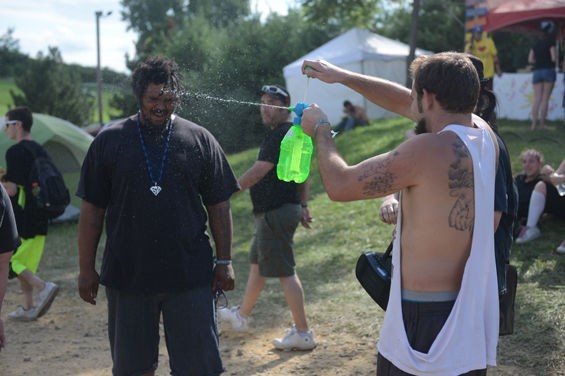 10. Juggalos Are Direct Juggalos look you in the eyes when they talk to you. After accidentally brushing up against your oversized backpack while somersaulting away in a hurry, they'll still find the time to stop to earnestly apologize. And if a juggalo is angry at you, he or she will let you know it right away -- probably in the form of a loud chant about how "You fucked up." 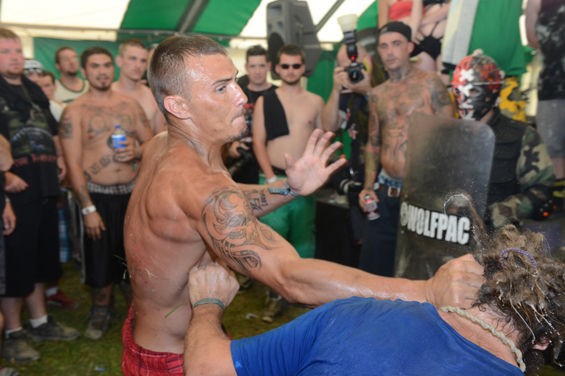 9. Juggalos Are Reckless but Miraculously Competent You should never fire off a Roman candle in the middle of a crowd. Unless, of course, you've already done it twenty times that night without a single error. One of the more incredible things about going to the Gathering of the Juggalos is the number of times that you stare directly into the face of danger and shrug your shoulders, because, "shit, no one else here seems to be dead yet."

8. Juggalos Are Generous These are the sort of people that walk around with giant bottles of vodka, yelling into the sky as they offer free shots to everyone they pass. They hand you food that they're bored of eating. They show you their boobs if you just ask, and randomly give you a dollar to buy a bottle of water if you are thirsty. If you smell weed, you can ask for a hit without hesitation. Or if you happen to find yourself passing out on a grassy field after taking unexpectedly powerful hallucinogens, they just might provide all of the aforementioned things over the course of five minutes.

7. They Didn't Kill The People From VICE Hey, they were nice people, don't get me wrong, but they were obviously out of their element. They dressed like German tourists, and we caught them taking selfies at the Gathering -- twice. (Their photographer is from Cleveland, yet doesn't hang out at the greatest bar in the world: Now That's Class.) Plus, they actually used the cell-phone charging station. Thanks to the benevolence of the Juggalo people, they made it out of this psychotic mess of a festival without being disemboweled. So that is pretty cool.

6. Juggalos Are Brilliant at Chanting While the most common chants are "Fam-i-ly", "Magic Magic Ninja What," and the aforementioned,"You Fucked Up," we also heard some other choice hollering:

Basically, if a phrase is about dicks or has the word "fuck" in it, juggalos will gather en masse and scream it in unison at the top of their lungs.

5. They Are Peacekeepers You know that argument that psychotic conservatives give all the time about how if everyone had a gun, no one would ever commit any crimes against each other? Well, that's bullshit -- but in juggalo culture, it actually kind of applies. Throw a punch at a juggalo and you better prepare for a hailstorm of fists to rain down upon the land from every direction. Because of this principle of mutually assured destruction, there's a silent sense of order and underlining respect, and order is maintained -- their reputation for violence and classification as gang members by the FBI are absurd. In fact, the only time we ever felt remotely threatened during the four days at the Gathering was by some old dude hanging out in the parking lot the whole time (pictured above) who spoke extensively of how he would shoot anyone that messed with him.

3. They're Kind of Hot "I kind of want to put one of the reasons as 'Juggalos Are Kind of Hot' on this list but I'm not sure I want to go on public record in admitting that," a younger Drew Ailes just said aloud while writing this article, five minutes ago. Ah well -- may as well get it out there, because it's true. There's something puzzlingly attractive about people who aren't actively trying to impress you.

2. Juggalos Are Resourceful There should be some sort of 800 number you can call to recruit a small team of juggalos to show up where ever you are to solve any immediate problem you're facing. Lock your keys in the car? One of them probably knows how to get in. Need to move a bunch of cigarettes, or albums out of your eighth-grade CD wallet, or just about anything else you can think of? They'll find you a buyer. Hell, we met one particularly plucky entrepreneur at the Gathering this year that held a sign offering to be your personal assistant and gofer. For a small fee, he'd go out and find anything you asked him for and bring it back to you. We eyed another group of juggalos sneakily sliding the port-a-john slots to "occupied" from the outside, even though they were empty, just to preserve the relative cleanliness for when they returned later. These people are smart, man.

1. Juggalos Do Not Give a Fuck In the end, it doesn't matter if you realize how great these self-actualized beings are or not, because they're going to continue to function exactly the way they always have: however the fuck they want. And lucky for them, you're not going to do a damn thing about it anyway.