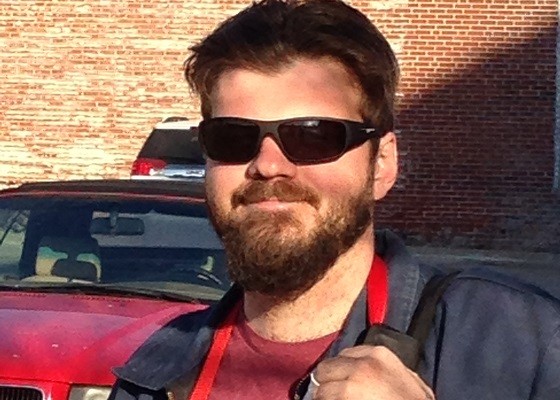 The St. Louis music scene suffered a loss this week with the passing of Gregory Michael "Mikey" Teesdale, the sound engineer at Plush. Teesdale first arrived in St. Louis prior to the 2012 opening of the midtown concert venue and restaurant. Teesdale also spent several years working for Plush's sister site in Tucson, Arizona, before moving here.

"He was one of those young people who, if he wanted to do something, he'd do it and do it well," she says. "But he was also incredibly user-friendly. It was not uncommon for him to come in early and do other jobs -- mop the floor, help in kitchen. He'd take people out for a bite to eat who weren't making as much as him, and he'd always spring for the beer. That's lovely to see in anyone, but especially for someone so young."

Teesdale's father, Greg Teesdale, tells RFT Music that the cause of death remains unknown at this time. His roommate discovered Teesdale unconscious in their home Monday night and called authorities. Teesdale was born in Tucson on October 26, 1984, and had an interest in music from a very early age, says his father.

"He had very eclectic tastes and would teach me things," says Greg Teesdale. "I remember him telling me about Charlie Parker when he was just eight or nine years old. He later got into the bass guitar, and I took him to the music shop and bought him 'Sunshine of Your Love' by Cream.

Eventually, Teesdale would end up at Full Sail Academy, an entertainment and media college in Florida, where he honed his skills as a sound engineer. His first job at Plush, however, was as a bouncer. Reed recalls Teesdale returning to Plush a couple years after his stint as a doorman.

"He'd heard I had a sound position open and wanted to apply," Reed says. "He didn't have the experience of some of the other people I was interviewing, but I had the confidence that he would continue to learn and progress, and he did."

As word of his death spread this week, members of the St. Louis music scene took to social media to remember Teesdale.

"Mikey was one of my favorite guys in St. Louis: very soft-spoken and incredibly kind, excellent at his profession, and infinitely more patient than anyone I've seen in his line of work," wrote Chris Ward, whose musical act Acorns to Oaks benefited from Teesdale's sound engineering. "His contribution to music in this city is so great. So many amazing bands would never have sounded amazing without him at the helm. The next time you go to Plush and see one of your favorite bands, think of how easy Mikey made sound engineering seem in a giant concrete room."

Teesdale's mother, Charlotte, recalls how her son ended every conversation with the farewell of "peace out," which spoke to his attitude on life.

"He valued a life well-lived and putting all people No. 1," she says.

Today family and friends will remember Teesdale at a memorial at Plush beginning at 4 p.m. The public is invited. In addition to his parents who live in Tucson, Teesdale is survived by his two younger siblings, Zachary, a fellow sound engineer from Austin, and Kendra, who most recently lived in the Netherlands.