"Twerking," "Dubstep" and Other Dumb Music Words Now in the Dictionary 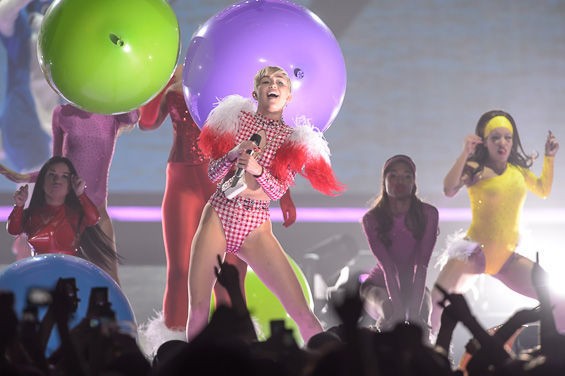 As 21st-century culture and technology continue to evolve, so too must our language.

Whether you like it or not, all these hashtag buzzwords are part of the greater lexicon. Literally, "hashtag" was added to the dictionary.

But it's not just words like "selfie," "noob" or "friend zone." The musical terms making official Oxford and Merriam appearances are just as facepalm-worthy. (Add "facepalm" to the list too.) And while "EDM" isn't one of them, it can't be too far off.

Dubstep This one is hot off the presses in Merriam-Webster, though it was added a whole year earlier by those hipsters over at Oxford. The brand-new definition describes the womp-womps as follows: "a type of electronic dance music having prominent bass lines and syncopated drum patterns," citing its first known use in 2002.

Twerking Oxford got the leg up on "twerking," defining the term as to "dance to popular music in a sexually provocative manner involving thrusting hip movements and a low, squatting stance." It traces the term to the 1990s, which just goes to show that all these white people making a big deal are sooo late to the party.

Auto-Tune Merriam-Webster might have just legitimized Britney Spears' entire entertainment career by adding "auto-tune" to its word bank. The production technique is clearly defined as "to adjust or alter (a recording of a voice) with Auto-Tune software or other audio-editing software especially to correct sung notes that are out of tune." Now we'll never get truly talented people back in the studio.

Fangirl Did you know the term "fangirl," meaning "a girl or woman who is an extremely or overly enthusiastic fan of someone or something," dates back to freakin' 1934? But we've got a bone to pick with you, Merriam-Webster. When are you going to add "fanboy"? They're just as real. We've seen 'em.

Mash-Up The noun "mash-up" has a few different meanings, but the musical subdefinition is "a recording created by digitally combining and synchronizing instrumental tracks with vocal tracks from two or more different songs." So, yes, Girl Talk's music may be borderline illegal, but it is now Oxford validated.

Beat-Matching Since Oxford recognizes "beat-matching" as "the action or technique of [a DJ] synchronizing the tempos of two recordings to enable a smooth transition between them in a set of uninterrupted music," maybe these young upstarts and EDM assholes can take a hint and recognize it too.