Jack White Goes To the Cardinals Game With Pokey LaFarge, Is Bored 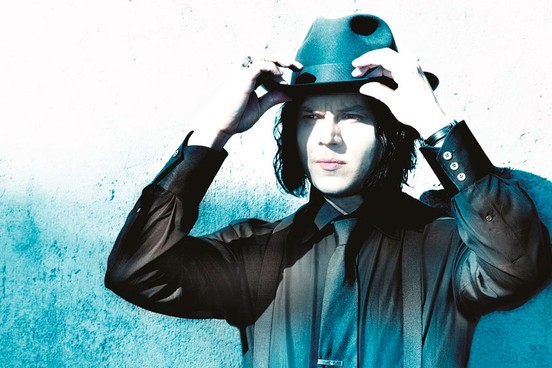 Rock star Jack White, a.k.a. "the most culturally relevant Zorro-looking mofo of our time," apparently saw fit to take in a Cards game with his ol' pal Pokey LaFarge before his performance at the Fox Theatre this Sunday. Though from the looks of things, he hardly enjoyed it.

This photo, posted Monday night on Third Man Records' Instagram page, sees a dissatisfied-looking White sitting in the Busch Stadium seats alongside LaFarge and an old-timey looking fellow wearing a suit and fancy hat who, at press time, could not immediately be identified (anyone?).

According to the post this is an hour before White was to hit the stage. Perhaps a bit of the pre-show jitters? Or maybe his beer was served flat? Maybe he's a Cardinals fan who, like many of us, was unhappy with the outcome of the night's game?

Whatever the case, White didn't let it get to him come showtime, and he reportedly blew the doors off the place. We just wish he could take a tip from the young fella who photobombed this picture and have a little more fun at the ballgame. It's America's pastime, after all.