Rap-Metal Is Back...and It's Actually Good 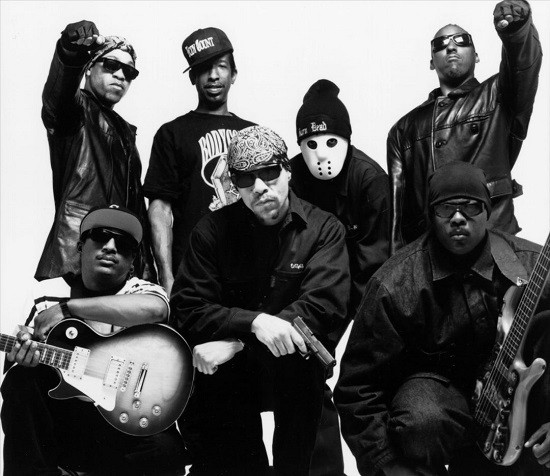 Metal is an ever-turning and twisting genre, following wormholes into subgenres and melding any and all techniques and sounds along the way in a constant struggle to create something new and original. It doesn't always work, and anyone who lived through the '90s can attest that the addition of hip-hop elements like rapping and turntables were a serious low point.

Except now we have a whole generation who grew up on that music and wants to give it another whirl. You can find bands like Whitechapel and Suicide Silence admitting how much their sound is indebted to Korn and Slipknot, while others are even busting out those turntables again.

There's a difference this time, though. Insane as it may sound to say it, now it's working.

I'll be the first to slam '90s rap-metal. Even those who hand in inventing it, like Mike Patton of Faith No More, came out strongly against it; he famously once said, "Don't blame me for that shit." Yet his part in its creation is undeniable thanks to the massive success that was "Epic."

And "Epic," along with various other experiments in the idea, like Sonic Youth's "Kool Thing" with Chuck D, Anthrax and Public Enemy's "Bring the Noise," and Run DMC's version of "Walk This Way," proved that the idea could work. It just...didn't.

As bands copied the idea, not just collaborating with rappers but making it a vital part of their sound as rappers and DJs became full-fledged members, it became increasingly trite and awful. You may feel nostalgic for Linkin Park, but go listen to Hybrid Theory again. It was shit. Search your feelings; you know it to be true.

But here we are in 2014, and that generation who grew up on that kind of music, who have been influenced by it and are unashamedly fans of it, are now creating. The most bizarre thing is that they're creating well.

Maybe it's because of how far metal has come since then. One of the most aggravating things about the original rap-metal movement was how it tried to combine bad rapping with bad Pantera-esque groove-metal riffage.

These new bands are drawing instead on death metal and technical metal influences to shape their riffs, and apparently have been paying attention to better rappers over the years. After all, rap has come a long way since the '90s, too.

Take Devastator, for instance, the shining example of how to do modern rap-metal right. These guys have djent riffs in spades, progressive interludes and a rapper with some serious skill in his flow. This is what the genre always sort of had the potential to be, finally being exploited properly.

Then take a band like Emmure, who wear their Limp Bizkit influence on their sleeves. They get a lot of shit for it, yet love them or hate them, are one of the bigger names in metal right now. Front man Frankie Palmeri has always drawn from rapping to influence his lyrics and his vocal style, and most recently they busted out a DJ to put some turntable scratches on the single "E" from their new record, Eternal Enemies.

Far from being the abomination that it by all rights should have been, the track is bouncy and fun, and the turntables take nothing away from Emmure's sound. They are perfectly applied. If you're going to do this sort of thing in metal, this is how to do it.

It's not all gold, of course. Former Escape the Fate front man Ronnie Radke's current project, Falling in Reverse, has started to head in the rap metal direction, and it's pure trash. The reason is that they're drawing from mainstream-radio rap. If you already hate that, like most real hip-hop heads, you're going to hate what Falling in Reverse is doing.

But then you get a band like Hacktivist, who are doing something similar to Devastator and executing the idea very well. A lot of fans are going to be resistant of course, but I for one welcome our new rap-metal overlords.

As long as it continues to be done with tact, like the way Hacktivist or Emmure are doing it, and remains largely removed from the awful cliches Falling in Reverse are attempting to trade in, it should be a welcome addition to the genre. If nothing else, it lends variety to a style of metal that has increasingly become mired by copycat bands and devoid of true originality.