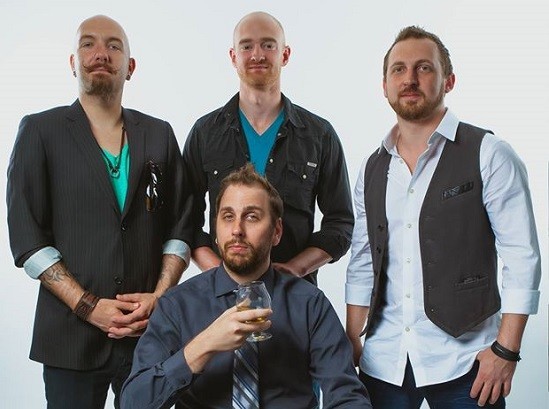 For more than a decade Jeff Nations has been chasing his own personal rock & roll dream with dogged persistence. He's held down happy-hour gigs at Soulard bars, dabbled in music criticism, launched regional tours and, for the past few years, led the frenetic, spacey rock band Various Hands.

On its second release, the EP Hypoluxo, the quartet keeps its sound running nonstop in one direction. Various Hands has chosen "dance-rock" as its genre, and it's fitting enough given drummer Ben Pitts' reliance on hi-hat sixteenth notes. There are flashes of the Killers' later singles, the faint whiff of old Incubus records and a focus on crafting dense, swirling textures around the bones of these songs.

That palette gives some muscle to the affair, as do the dense phasers and pinging bell tones that attend opening track "Memphis Decisions (Be Cool)." And much like an Edge solo in a U2 song, if you strip back the synthy, stomp-box frippery, you're left with a workable but simple song. Nothing is wrong with that -- that's what synths and stomp-boxes are for -- but it speaks to the intentions of Various Hands to coat these otherwise direct rock songs in a glossy sheen.

Dance-rock demands a certain BPM level, so the energy never really dips too low on this six-song EP. "The Perils of Time Travel" gives Nations & Co. a little more room to breathe, which allows something of a story to develop in the song. The slight discord of a guitar's rumble opens "The Fleeting Starlight" with a little grit, though the band quickly slips back into its pocket of bouncy bass lines from Adam Wirth and fizzy synth oscillations care of Zach Meier.

Too often, though, the band's everything-all-the-time approach to its arrangements can muddy the works. As a singer, Nations attacks his songs with high-tenor urgency, slipping up to a note with the kind of melisma that gives his vocals an elastic quality that can wear over repeated listens. He can hold a note when he wants to, but his style of vocal portamento at the upper limits of his voice defines these songs.

Hypoluxo shows a band working well within its defined constraints; the members show proficiency with the hooks and structures of modern rock & roll. Whether or not they can tinker with that formula remains to be seen.