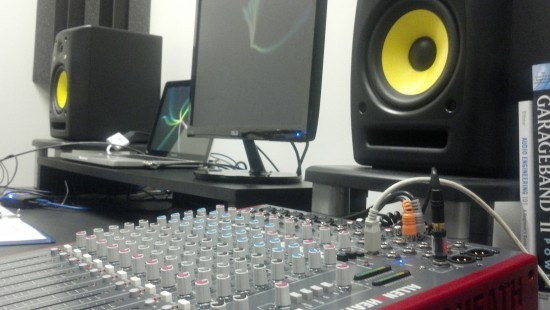 Today's libraries are far cries from the dead-silent tombs of the past. With a focus on community-creation projects and local-music support, the Central Library branch of the St. Louis Public Library system is encouraging patrons to -- believe it or not -- rock the heck out.

In May, Central Library revealed the Recording Room, a legitimate studio space where card holders can use professional gear to lay down tracks or record oral projects like podcasts, histories and poems at no cost. The new addition already has been a hit, with nearly all time slots reserved.

"We're certainly glad that this success has happened, and we're looking to see if there's anything we can do to provide even more service," says Rob Tygett, manager of digital library services.

Located on the lower level of the downtown library, the studio features a Macbook with secondary monitor, sixteen-channel recording mixer, Yeti microphones, speakers, headphones, vocals corner and much more in a room where sound has been dampened by carpet and wall baffling. Moreover, musicians can enjoy a permanent USB full-size keyboard and hookups for their own guitars, bass, electronic drum kits, DJ equipment and other instruments.

"It certainly gets loud in here," says Tygett, who has a background in media communications and volunteered at KDHX 88.1 FM for about ten years. "I've managed to take the amp to a point where you can get it loud, but you can't explode things." Most library patrons won't even realize that people are recording just a few feet away, though; the studio is built with drywall that insulates the sound from those nearby.

The Recording Room has even more tools for music creation and mixing. The Macbook is loaded with software such as GarageBand, Audacity and Logic Pro, and the library plans to add Pro Tools within the next few weeks. In addition, the studio provides print reference materials, mixer cheat sheets and online tutorials through lynda.com, making everything accessible and easy to understand for recording pros as well as novices.

"You're able to come in, record your band, DJ mix or solo project straight to the computer and then move there to do your editing, burn it to CD, save it to a flash drive or put it online," Tygett says.

The Recording Room is part of a larger space called the Creative Experience, which is dedicated to digital media creation and features collaborative pods of Macs and walls of monitors with Apple Creativity apps (iMovie, iPhoto, GarageBand, etc.), Adobe Creativity Suite (Photoshop, Dreamweaver, etc.), LEGO Digital Designer, webcams, microphones and more. With all of the resources available, it's feasible that a musician might put down tracks in the Recording Room and then move into the Creative Experience to create album art or edit a music video.

"It's definitely a great free resource for people," says Andrea Johnson, the library's Creative Experience specialist. "We had some teens in here the other day from Farmington, and one of them said, 'I just want to live here, this is so amazing.' So it's pretty exciting."

Learn how you might perform at the library on page two. 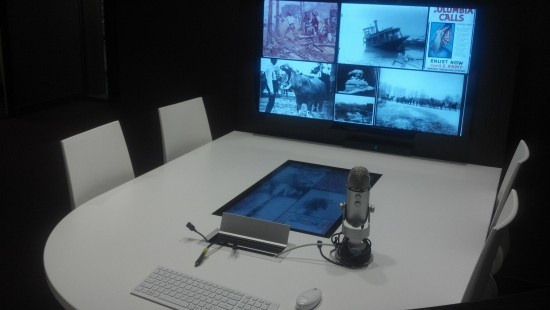 The Creative Experience at Central Library offers plenty of other ways to participate in or enjoy music, such as genre specific immersions. The library tested Hip-Hop Appreciation Week in May and featured live music by Nappy DJ Needles, a lyrics workshop, open-mic night and films. The program was so successful that Johnson says the library already is looking forward to next year's installment.

Outside of the Creative Experience, the library also gives local musicians a perhaps unexplored venue in which to perform. The Not So Quiet! concert series takes place every third Thursday of the month and features an array of regional talent. The program, now in its fifth year, draws about 100 people to the library's auditorium.

"It's fairly popular," says Joe Schwartz, programming and events specialist. "We just had Corey Black, who, according to the RFT, is one of the top sixteen hip-hop artists to watch."

"Ellen the Felon was just in -- her and a piano, and she loved it," Schwartz says. "We're constantly looking for people who need a space. If you're good, we're interested. We want to help those in the community who need an environment to host a larger event on a grander scale that may not be suitable for a general hall."

"People often think of libraries as just books," Schwartz says. "We want you to come to think of the St. Louis Public Library as this whole world, whether it's computers or the Recording Room or concerts. It's so much more than just printed materials now."

For information about the Creative Experience or the Recording Room, visit slpl.org/slpl/library/cexp.asp. To keep up with Central Library events, read the Check It Out newsletter at cio.slpl.org/category/branches/central.