Oh My God, Manowar Is Coming to St. Louis

Manowar is coming. THE Manowar. This one: 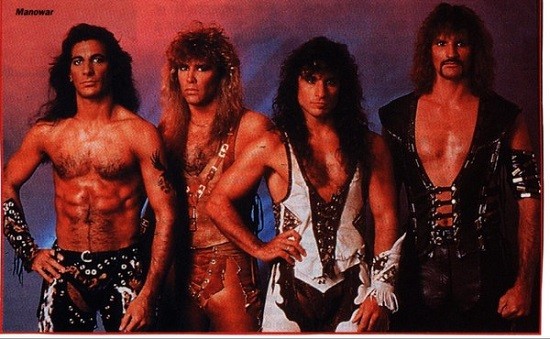 For those of you unfamiliar with Manowar, the group is best known for the fact that, rather than other bands who simply play instruments for their audiences, Manowar kills them.

Its members march for revenge toward the gates of Valhalla , with an army of the immortals in tow. They are warlords who possess the secret of steel; their gloves of metal are covered in the blood of their enemies, who have been killed with power. Black wind, fire and steel fill the battlefield as these defenders of hope carry on with their violence and bloodshed, fighting the world in a holy war against the hand of doom.

Also, the band also does a pretty bitchin' cover of "Silent Night" -- you know, for Christmastime festivities and whatnot.

So, yeah. Manowar is coming, you unwashed heathen. Do you not hear the rumble in the distance? Do you not feel the very earth beneath your feet quake with its mighty approach? Bow down, urchin, and take up arms alongside these warriors, or be destroyed in Odin's name. (Wimps and posers need not apply.)

Manowar will perform at Pop's Nightclub on November 14. Tickets will be $75 each, and can be purchased at Ticketweb.com or at the Pop's box office.