Black James and her MOUNTAIN BOY: Dance Folk For The Future 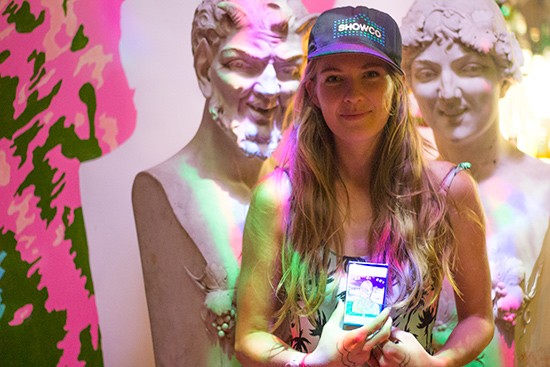 "It was a very, very gradual process from banjo to booty," says Jennifer McDaniel, who might better be known as her alter-ego Black James. For roughly five years and counting, McDaniel has built a varied sound that started with dark American folk and morphed into fierce dance music. Not that those genres go hand-in-hand, but McDaniel has managed to carve out songs that pander to no one but still feel accessible as a whole.

Released just last week, Black James' new album MOUNTAIN BOY features a focused sound - a close up of outsider dance music with all the cuts and bruises of a lo-fi tape. The record presents a culmination of past and present, and does well to complement the live show.

McDaniel holds her crowd captive with liberal use of samples, and she even employs cassette tapes for a thick retro feel. Her howling voice comes filtered through heavy effects, but vocal melody still cuts through to command each song. The pieces of her set are adjoined by morphing tones that work well to segue between movements.

Black James started in 2009, with McDaniel weaving dark folk with little more than her fingers and voice. The shift to full on dance songs was a gradual one, but her love for warping sounds has remained a constant. Some showgoers in St. Louis might remember Black James for playing banjo through an array of electric guitar pedals - a move that foreshadowed McDaniel's ability to bend sound to fit her needs.

"One day Eric Hall, the electronic experimental musician, brought over several different machines to my house for me to test - one including the Korg Microsampler. When I played it, I was like, 'This is it. This is the machine I've been waitin' on.' So that's what I make almost every song on and also play live with it," McDaniel says.

Black James dropped im A mirAcle in 2012, bringing out a whole album of folk songs in the form of low-brow electronic dance. Banjo-driven riffs are typically the root of Black James songs in general, McDaniel elaborates: "I usually start by taking one of my country songs and reworking it into something else. Most Black James songs have a country backbone, whether it is discernible or not."

MOUNTAIN BOY is by all means a sequel. There's a traceable progression from acoustic to electronic, like a woman replacing her organs, one-by-one, with new, robotic tools to do the job. This is what an android playing folk sounds like.

Follow through to read Black James' views on post-show food and sound experiments. 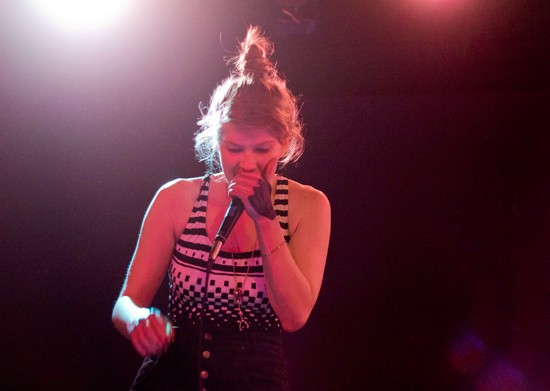 What I like most about St. Louis is... besides the architecture...culture clash. Sitting in the middle of it, turnin' into liquid and feelin' like I could fit in anywhere and be accepted. I was thinking about music I make and how I've kind of been evolving, and how everyone around me is OK with it. I don't feel stuck in a music clique, like I could go play music with punks, rappers, country bands, latin shows. It's very liberating in STL. FREEDUMB!!

I'm most productive when... I'm in my own little cubby hole. I hang my doo-dads around me on the walls. I want to feel like I'm inside a shrine. I space out. And forget about my physical life.

I've learned the most from... experimentation - trial and error, failure and success. There is no right way to do anything. You get an unexpected outcomes when you experiment. And that outcome becomes a piece of your personality and you begin to find your own voice. I don't really have a goal of what I want my music/art to be, I just keep massaging it until I feel satisfied. I used to be very regimented, but I'm trying to let it go and submit to my intuition.

Some of my favorite local bands are... Crisp Money Legend$, Escalade, Parisian. Not a band, but the Nightchaser: Southside Disco Night at Empire Hall - those DJs make me lose it.