Tupac's Group the Outlawz to Perform in St. Louis for His Birthday 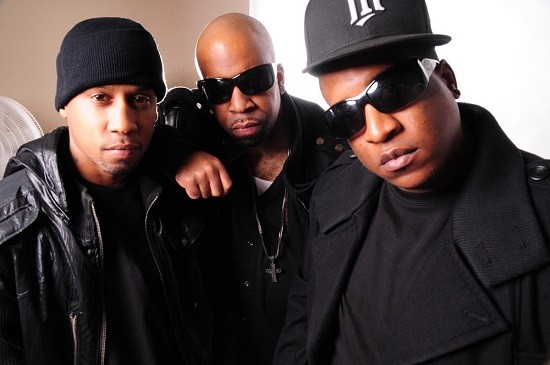 Tupac Shakur was one of the most controversial, musically gifted and socially complicated minds of our time. For any true fan of his music, his admiration and respect for his crew members and childhood friends the Outlawz is very well known. Despite the deaths of two of the group's members (Shakur and Yaki Kadafi), the group has withstood the test of time.

I was recently given the opportunity to exchange dialogue with one of the most popular members of the group, E.D.I. Amin (also known as Edidon). The Outlawz will be in St. Louis celebrating Tupac's birthday on June 14 at the Mad Magician. (Disclosure: I will be performing at this show as well.)

Tef Poe: "The Outlawz" is an awesome group name. I've always felt like it was bigger than hip-hop and could be applicable to a rock band as well. The concept of the group is one of the illest unsung stories in hip-hop history. Can you tell us how the group was formed, and explain the concept behind Tupac's grand design?

Edidon: We all crossed paths at some point or another during our youth. It all started with a song titled "Outlaw" from the Me Against the World LP. Kadafi is responsible for bringing in Napoleon and Fatal, who then brought in Young Noble. Myself, Kadafi, Kastro and Pac all grew up together.

Who are all of the official members, and how do your creative styles mesh together?

Edidon, Hussein Fatal and Young Noble are the only active members; all other "official" members are either retired or riding with us in spirit.

Hit 'Em UpIs probably the greatest diss record of all time. There are a few that come close, but this record shocked the world. How did participating in it affect your life?

It made me immortal!

It seems as if you guys have always been considered underdogs, even though you have played a role in selling millions upon millions of records. Why do you think this is?

I believe we never sold out for money. Whatever we did had integrity and principles attached, and that is alien in this business.

You guys have seemingly mastered the independent rap hustle. In hip-hop today, being "indie" seems to be a bit trendy. As an artist myself, I know this hasn't always been the case. Can you share with us some of the hardships and rewards of the indie-artist lifestyle?

There are no minuses in controling your own destiny.

Your crew has very strong roots in the East Coast despite some of your classic rivalries. Who would you consider your favorite East Coast rapper?

I don't have a "favorite," but there are many that I can appriciate. Shoutout to MOP, the whole BBC and R.I.P. Big Pun, Big L, B.I.G.

What are some social-justice issues that are important to you?

Police injustice and the systematic killing of black people at their hands.

I don't want to name any names or throw anyone under the bus, but every time a new rapper comes along and shocks the industry the media instantly compare this person to Tupac. I don't believe anyone can hold up to this comparison. How do you feel about this, and are there any rappers that remind you of Pac's energy?

His influence is paramount, but cats want to capture that energy. I haven't seen it authentically yet.