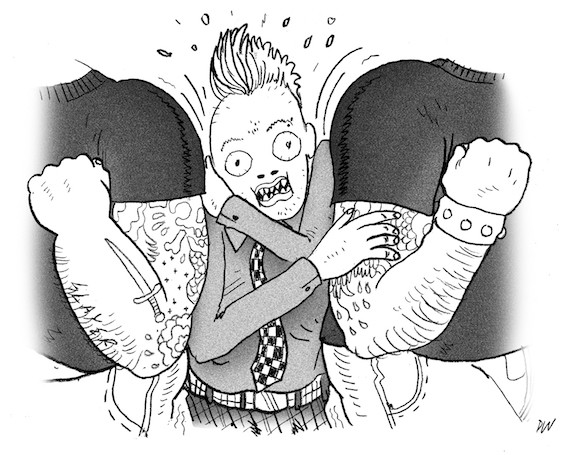 In my years attending punk and metal shows, often as the only one with a pen and pad in the middle, I've noticed that there are a few unwritten rules when participating in a mosh pit. The seemingly amorphous fits of aggression that explode from the center of certain crowds have some unspoken guidelines to keep in mind if you wish to engage properly with the spirit of violence.

Here are our ten rules of mosh pit etiquette.

10. Pick up the fallen It's understood across the board that a pit stops to help up those who hit the floor so nobody gets trampled. Stop movement and lift them up, pat them on the back, keep going. Despite how it may look to outsiders, you're not trying to kill anyone. Several fists to the chest will suffice. Try not to push the fallen back into the pit; they'll hop back in if they want. 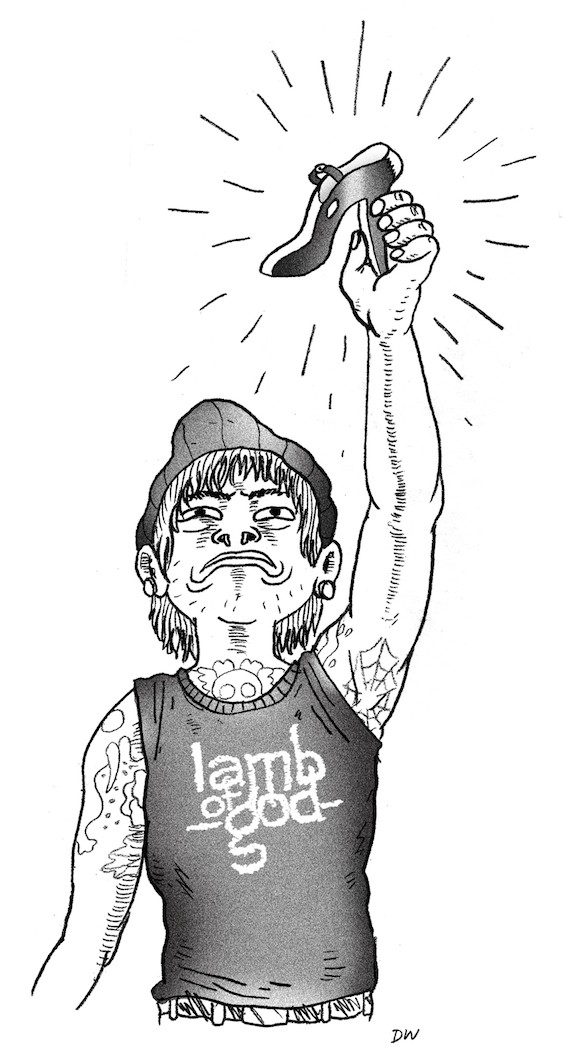 9. Hold lost items above your head If you happen upon a shoe, a pair of glasses, a coat, whatever might seem halfway important to the person who dropped it, it's best practice to hold it above your head until it is claimed. It's a simple act of humility for someone else's stuff; there but for the grace of Lamb of God go mine. I've dropped countless pairs of glasses onto the ground beneath a mosh pit, and not once can I recall a moment where I wasn't aided in retrieving them, even at Odd Future. Fans of lyrics that embrace wanton destruction actually gave a shit when I started to act like Velma Dinkley, and I gained just that much more faith in humanity. There's definitely a time limit on how long I'm gonna hold your stupid shoe above my head though, so if you lose something, grab it fast.

8. Playing the sideline comes with responsibility Occupying the very edge of the pit means you're either about to jump back in or you're keeping the line where it is. This spot is for people who want somebody to shove but are interested in playing defense for the moment. Don't instigate in this position; you're keeping the action confined. If you'd like to be the one pushing people, hop back in, otherwise it's your place to keep the pit from impeding too much on those outside who simply want to catch the show.

7. Learn your basics Any sense of format to moshing can easily be tossed out the window depending on the size of the crowd, so often trying to adhere to a style is futile. Still, it does help to know a little bit about what movements are associated with what styles of music. Punk and metal pits used to be a bit more distinct from one another, the former stemming from skanking and circle pits, the latter from slamdance and showy fist flails. Depending on the show you're likely to see some hybridized version of all of these, but occasionally the band will literally dictate the format. (Trash Talk often calls explicitly for circle pits on particular songs, saying that's how it's done in California.) If someone calls for a wall of death, know ahead of time how to prepare.

6. Know when the pit begins and ends There's no clear-cut point at which the pit is going to start off, and the initial moments in the center of the floor during the opening bands can be tense with potential energy. Some riff or blastbeat will just seem the appropriate time to set things in motion, and everyone will just know it's time. If you've taken upon yourself to be the one who lights the fuse, recognize who else around you seems like they're similarly prepared. Simply leaping into someone else ought to be enough to signal to others it's time, but especially in a smaller crowd, make sure you know who that person should be. Don't be the one to miscalculate and fling an elbow during a band's slower droning section.

5. Throwing things is generally frowned upon Tossing water or beer into the air is a pretty common practice, but don't throw a full water bottle or anything heavy. I once got clocked in the teeth with an open but full can of Surly Furious, which both made a hefty impact and splashed all over my face and clothes. Getting splashed is somewhat of an inevitability, but a full can of beer is like a couple of pounds, and that shit can cause some damage. Remember: Houdini died taking a punch he wasn't ready for. Any blows you'll sustain should be fine if you're prepared for them, and an airborne assault can easily catch you off-guard. 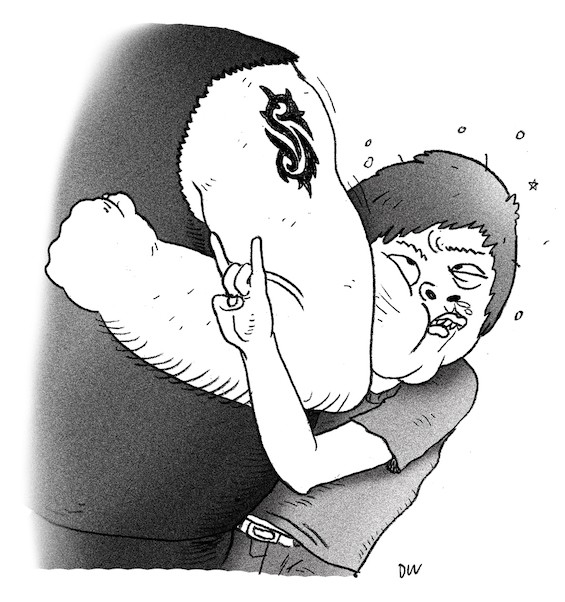 4. Respect that not everyone is there for the pit Recognize who does and does not want to be involved. It should be clear from their proximity to the pit and whether or not it seems to invite them or scare them. There's no shame in not wanting to mosh. Not everyone wants to wake covered in bruises or take multiple heels to the kidneys. Always remember that elbowing someone with and without breasts are entirely different things, height differentials drastically change the individual experience, and some people actually want to watch the show for whatever reason.

3. Try to keep tempo and pace with those around you If you're not prepared for the quick-footed barrage brought on by a band's driving uptempo sections, wait for the slower, heavier sections where you can draw out the aggression in larger bursts. The pace can rise and fall both with the band's compositions and with the makeup of the pit itself. While sporadic increases in speed and intensity will crop up if an audience knows what's coming, often natural lulls occur as the people catch their breath, slowly realizing getting punched in the lungs while running in circles can be physically tiring. It's best to try to pace yourself according to the flow of the pit as a whole, otherwise it's easy to lose control over your own movement.

2. Don't make it or take it personal Elbows fly everywhere and aren't intended for anyone in particular. Don't get upset if someone accidentally gets you in the breadbasket or whatever. By the same token, don't target anyone explicitly for whatever reason. This is the joy of fighting other human beings without the unnecessary emotions like anger or loathing.

1. Respect the venue staff One of the biggest jobs of the bouncers and venue staff is to keep fights out of their club. If a place is being kind enough to allow some contained acts of violence in the context of slam-dancing, the least you can do is show the staff respect. If they're in the pit with you, it's to keep it safe and make sure there are no injuries. Don't agitate or involve them, and if they remove you from the circle, they have a good reason. Getting pissy about being pulled from crowdsurfing and the like is not necessary. Keep it sane and the staff will likely not bother you. They're just trying to keep everything above board.