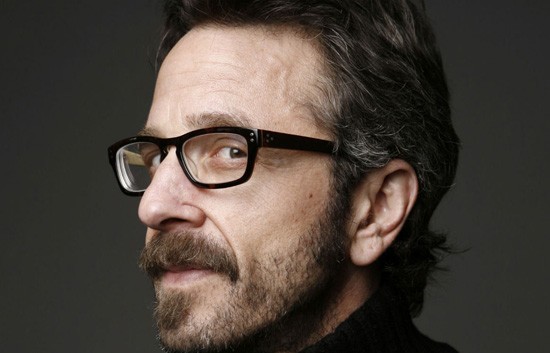 There have been months when "The Best Comedy Shows" have actually been the only comedy shows, which is not a secret that needs to be kept. Comedy typically takes a nose dive after April on account of the people in St. Louis making patios, beers and the Cardinals their top priorities, but thanks to the terrible weather and the growing necessity to laugh, comedy in this town is soldiering on.

This month's "Best" is about as true to the title as it's been since I started recommending shows over a year and a half ago.

Unlike with music, people don't come out to see comedians they've never heard of. For the most part, unless he or she is on TV or a recent Twitter sensation, crowds at comedy shows in St. Louis are fairly predictable. (More than anything, I would love to be proven wrong, and I challenge you to do so.)

That said, Tinder is a thing now, and if you're not familiar it, would be my great pleasure to lead you to the wide world of swiping courtesy of the app's worst nightmare, Dan Sheehan. It just so happens he is headlining the upcoming Bare Knuckle Comedy show in the Elvis Room. Also on the bill is Michael Palascak, who has quite a list of TV appearances to his credit. And in the spirit of late night TV, there will be music too, courtesy of 3 of 5.

The Fringe Festival (see below) is all up in arms (and costume) about Eddie Izzard being in town, and you should be too. Eddie Izzard wanted to reach a new audience, so he learned French just so he could perform in France. He also performs in German, and just this week he did three hour-long shows in Normandy, each in a different language. Being trilingual is impressive in and of itself, but translating comedy is another level of brilliance. Imagine a pun (any pun will do) and then imagine having to deconstruct it for someone who doesn't speak your native language, without losing the humor. This is what Eddie does, times three, and hilariously so.

He is without question an ingenious and visionary comedian. He capitalizes on wit and strange and candid responses to how his audience reacts. In a way, he breaks the fourth wall of performance, but there is not a moment in Izzard's act that displays the kind of spontaneity that suggests risk.

Also worth noting; Bare Knuckle Comedy is partnering with the Fringe Festival for their after-parites. The Executive Transvestites soirée will be Thursday, June 19, at Fubar followed by the Alice in Fringeland on Friday and the closing extravaganza Sunday night. Imagine if all of the local bands joined hands and decided the best way to approach marketing was to make it a team effort, as opposed to a competitive one. That's what is happening in the comedy community right now, and it truly is inspiring.

The must-see acts this year at the Fringe are the Creepy Basement Players, who have tagged their show with, "Never-to-be-seen-again improv comedy all started from your suggestion!" Plus, Daniel Shar is presenting "Lame and Fortune," an oral adventure through the imagined consequences of striving for wealth and fame. The World's Greatest Comedians, a crack squad of some of St. Louis' most charming and witty standup comedy writers and performers, will be making their debut at the festival as well.

Erik Anker made his way to St. Louis by way of Denver and hit the ground running in the scene right away. He won the inaugural RFT Standup Throwdown in 2012 and has been actively producing and promoting comedy shows ever since. Now he's skipping town almost as quickly as he came. He's off to Boston at the end of the month and a proper sendoff is in order, so Shameless Grounds is giving him the stage for a one-night-only event.

Anker will be joined by a handful of the funniest comics working in St. Louis, who also happen to be a core group of individuals that are the driving force behind the flourishing standup community in our city. If "Group Hug" comedy isn't a thing yet, I'm coining it now.

Marc Maron is the reason every comedian thinks he or she should have a podcast. WTFPod is recorded in Maron's garage and gives WTF listeners the opportunity to became a fly on the wall to conversations with the biggest names in comedy. It began as a casual podcast with Marc and his comedy buddies but quickly grew to feature some of the most respected and notable working comics. He just recently hit the 500 episode mark and has opened the gates to writers, musicians and so on -- if you heard them on WTFPod, their voice has value in what ever market they claim.

The podcast is more or less an extension of Maron's standup. He is cynical and a bit dry, but the key to his humor is his forward approach and openness with his relationships, career and lifestyle. Chances are you're more familiar with his podcast than what he discusses onstage, but if you're into it there's no reason you wouldn't walk away from his show less than pleased and certainly entertained.