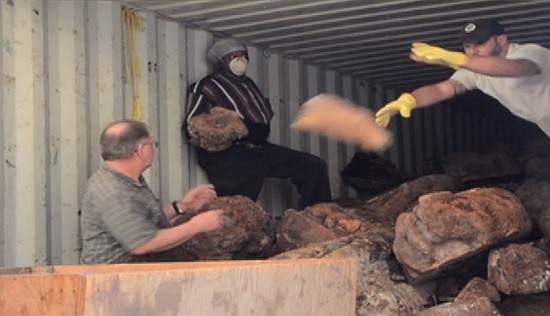 Bill Hibdon founded Hibdon Hardwood Incorporated in 1978, initially as a distributor of domestic woods, but after a trip to Central America the company began to import more exotic woods such as mahogany, rosewood and cocobolo, favorites for the construction of musical instruments (especially acoustic guitars). Over the years Hibdon has peddled its wood to manufacturers big and small, including well-known companies like Martin, Collings, Taylor and Gibson, as well as smaller builders all across the country.

According to its website, the company has a horizontal band sawmill, a horizontal band resaw, planer, straight-line rip saw, wide belt sander, and two low-temperature dry kilns with a capacity of 15,000 board feet at its north St. Louis-based shop. In the fall of 2003, the Hibdon opened its own 2,200-square-foot retail store, located at 1412 North Broadway.

We took a trip to the shop to speak with Bill Hibdon about this unique St. Louis treasure. Watch the video below: