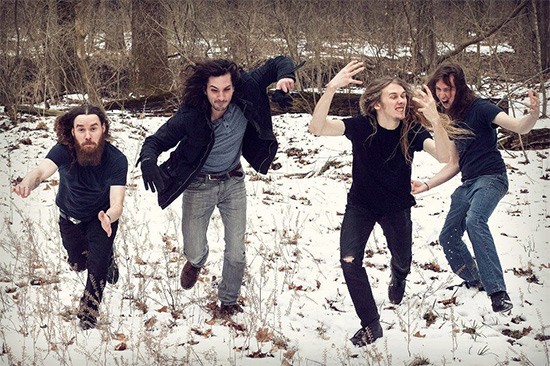 It would be very easy to get stuck on the technicality of Black Fast. Guitarists Trevor Johanson and Aaron Akin make a classic Hammett/Hetfield-style duo, sharing solos with equal parts melody and virtuosity. Drummer Ross Burnett is a monster of double bass -- if he had a third kick drum, he'd probably be able to play even faster -- and bassist Ryan Thompson (who also handles the low end for the Gorge) has a solidness and flair that transcends showing off. But the best part about Black Fast is how the final product of its members' years of chop-building just sounds like a party. There are times in life for discipline, for eight-hour days practicing scales. Black Fast encapsulates these while also reflecting the times when you just need to shotgun a beer. -Ryan Wasoba

Phil Anselmo wears this band's T-shirt. What else do you really need to know? Tour dates with Pallbearer, a split EP with Portland's Norska and a spot on NYC's first-rate Martyrdoom Festival this July are only part of Fister's impressive resume. The band's sound is an intricate mix of doom, doom and vomit-drenched doom, wherein Godzilla drums, chainsaw guitars and speaker-melting bass tones are all used more like weapons than instruments. It's the perfect soundtrack to something like a plane crashing into the Andes -- and if you can't handle it, you'd probably be the first one to be eaten. -Rick Giordano

Of all nominees in the Best Metal category in this year's RFT Awards, the Gorge has had to work the hardest for its local acceptance. Sure, the band's ex-bassist is now a member of Baroness and a few of its riffs could be considered Mastodon-esque, but the quartet's take on technical metalcore is decidedly uncool among the new breed of fairweather metal fans (a.k.a. burned-out former indie kids). The Gorge has built its reputation one show at a time, winning over skeptics and receiving opening spots for the likes of Dillinger Escape Plan, Between the Buried and Me, and Protest the Hero -- opportunities that feel more earned than given. It's an old-school approach that rarely seems to work anymore, but the Gorge's "if you shred it, they will come" ethic is finally paying off. -Ryan Wasoba 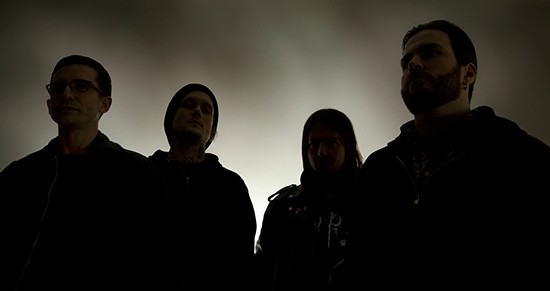 The Lion's Daughter has always invoked sonic evil, a sensory overload of pentagrams, and the band just keeps getting darker with age. "As The Sick Dream," the group's newest track from a split with Memphis's Nights Like These, shows the band delving deeper into black-metal blastbeats, with Rick Giordano's shout-sing sounding more badass than ever. It's a bold move, implying the band has little interest in slowing down after its unexpectedly effective collaboration with the folksy Indian Blanket. Then again, if the Lion's Daughter's version of maturation is a record that sounds like it was performed at night in a forest, we'll take it. -Ryan Wasoba

Quaere Verum is Latin for "to seek the truth." In the spirit of honesty, this band is not for everybody. Metal purists may balk at the group's prettier, post-rockier passages, while the band's gruffer moments can harsh those looking to zone out on atmosphere. Quaere Verum is a band for the open-minded, but not one limited to the cerebral listener. The weight of the group's breakdowns can be felt in the gut, the drama in its song structures can affect your heart rate. Few bands capture the spirit of their progressive influence as well as Quaere Verum. Even fewer do so without the compromises that come with the prog tag -- in other words, you don't have to wait through a six-minute flute solo to get to the good stuff. -Ryan Wasoba