Apply Now to Participate in An Under Cover Weekend This Year 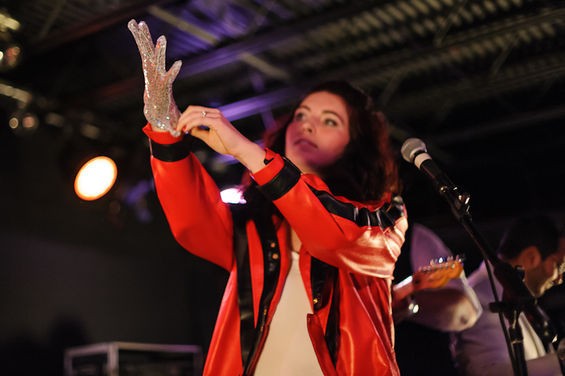 2014 marks the eighth edition of An Under Cover Weekend, a yearly event that sees many of St. Louis' finest musical acts taking on the personas of their favorite bands. In the past we've seen Dots Not Feathers as Queen, Via Dove as Aerosmith, Humdrum as Beck and many, many more. St. Louis bands and fans alike look forward to the event every year -- it's a fun opportunity to step outside of the creative box and don the skin of someone else for a bit.

So, do you think your band has what it takes to participate? Got a favorite band in mind whose songs you and yours could learn? Good! The organizers of the event want to hear from you.

You can find the submission form here.

From the instructions on AUCW's page:

We are so excited to open submissions for An Under Cover Weekend 8 which will take place on September 26th and 27th at The Firebird. The doors are open for all St. Louis area bands to submit their best ideas for one of our patent-pending semi-secret tribute sets. If you are interested in being a part of AUCW8, please fill out the form below.

Submissions close at 11:59PM on June 24th and bands will be contacted by phone or email during the following week. Oh, and remember, there are only 10 spots so make it great!

Let's see something extra ridiculous this year, guys. Like, who is going to take on a Rush set? Or better yet, Mr. Bungle -- that would be really cool. (Conformists, I'm looking at you for that one.)

Good luck to all who apply!